The agreement signed last week between Australia and the US that will allow Australia to access the US Strategic Oil Reserve is meaningless given distance and the lack of sufficient oil refining facilities in Australia. As reported, but ignored is the fact that the agreement is designed to address a compliance issue:
The oil stored in America will count towards Australia's overall supply, allowing the government to meet its IEA requirements

The Morrison Government is about to throw hundreds of millions at Qantas, Virgin and other industries to keep them from going bankrupt, and presumably save jobs but  Alan Joyce at Qantas has already shown that the government's efforts are going to be futile..

The billions should instead be directed to the immediate need to ensure energy security. That can be done by starting work immediately on a large scale oil storage and refining facility.
Singapore has built such a facility under the sea, so there is technical know  how that is readily available for such a project here, which is likely to be onshore ,easier to construct ,and less expensive.

END
To be read with


London and Washington: The Morrison government has struck a landmark deal to tap into the US government's tightly-guarded emergency fuel reserves, a move that will help lower the risk of Australia plunging into an economic and national security crisis.

The agreement, to be signed by Energy Minister Angus Taylor in Washington on Monday (Tuesday AEDT), will help shore up the dangerously low supplies in Australia that have left consumers vulnerable to price spikes and rationing in the event of a sudden supply disruption. 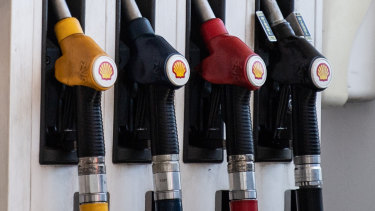 Petrol and diesel pumps at a service station in Sydney.CREDIT:AAP

The Sydney Morning Herald and The Age revealed last year that the government was in talks with the Trump administration to buy millions of barrels of oil from the US Strategic Petroleum Reserve.

Australia imports 90 per cent of its liquid fuels but only has enough in storage to last 54 days – well below the 90 days it is obliged to stockpile under an agreement with the International Energy Agency (IEA).
Advertisement

The need to bulk up oil supplies has grown increasingly acute recently because of the volatility in key shipping routes such as the Strait of Hormuz off Iran and the South China Sea. 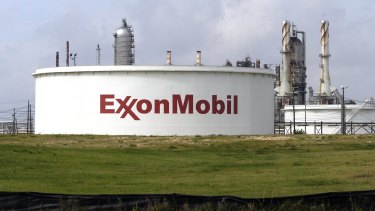 Australia will now be able to tap fuel reserves in the United States in case of shortages.CREDIT:BLOOMBERG

The oil stored in America will count towards Australia's overall supply, allowing the government to meet its IEA requirements.

"The US is a trusted ally who has been essential for global oil security and we are glad to be building on our strong, longstanding relationship, while ensuring Australia is best prepared to act during a global oil disruption.

"This arrangement further improves our ability to ensure stocks of critical diesel, petrol and aviation fuel to keep the economy going in the event of disruptions to supply chains."

Stored underground in massive caverns in Texas and Louisiana, the US Strategic Petroleum Reserve was set up by president Gerald Ford in 1975 to keep the country running in a crisis.


'This arrangement further improves our ability to ensure stocks of critical diesel, petrol and aviation fuel to keep the economy going in the event of disruptions to supply chains.'Angus Taylor, energy minister

It holds more than 640 million barrels of crude oil. One cavern is so big it could fit Chicago's 110-storey Willis Tower in it.

The agreement to be signed by Mr Taylor and US Energy Secretary Dan Brouillette will kickstart detailed contractual negotiations about how much crude oil Australia can buy from the US and how much space it can use in the underground caverns to store it.

No final decisions have been made about how much fuel Australia wants to buy or how much it is willing to spend.

US politicians have previously raised concerns about the idea of selling off fuel from the petroleum reserve to other countries. But the fact Australia's deal involves leasing facilities in the US - rather than shipping the oil directly to Australia - helped assuage some worries in Washington.

In an interview with The Sydney Morning Herald and The Age last year, IEA executive director Fatih Birol said he welcomed the prospect of such a deal between the US and Australia.

While in the US, Mr Taylor will also visit the oil and gas state of Texas to meet with top industry executives.

He will also visit the US government’s National Renewable Energy Laboratory in Colorado, which is leading research into production of biological hydrogen as a clean source of energy.

The Australian government has released a National Hydrogen Strategy designed to encourage the expansion of the local hydrogen industry.

Bevan Shields is the Europe correspondent for The Sydney Morning Herald and The Age.

Matthew Knott is North America correspondent for The Sydney Morning Herald and The Age.

Posted by Ganesh Sahathevan at 6:00 PM