Australian PM Scott Morrison looks to Singapore for world's best practise in fighting the Wuhan Virus, but silent on how Australia will do like Singapore and use economic counter-measures to end China dependence 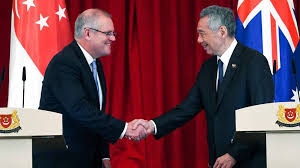 The sudden reduction in the number of international Chinese tourists as a result of the coronavirus outbreak may force the tourism and transportation industries to address long-running concerns about overdependence on a single market – the classic eggs/basket metaphor.
One country reckons it has already taken measures: Singapore. “Our tourist market can grow up even faster. I got tons of tourists queuing up to come to Singapore,” Singapore Trade and Industry Minister Chan Chun Sing reportedly told a business forum this month.
“I tell the Singapore Tourism Bureau, don’t take them. We now don’t go for numbers game. And I will not allow the Chinese tourists to grow more than 20 percent. Not the Indian market, not the Indonesian market,” he said.
His tourism remarks followed advice to the business community to shift away from relying on single markets. “Some of you have to change the business model,” he said. “If you don’t diversify and have concentration risk, even if we help you this time, we cannot help you the next time. If we still have not learned the lesson about diversification – and I don’t mean just China, I mean China, India and everything else – we better learn it fast.”

Meanwhile in Australia PM Scott Morrison has begun looking to Singapore for world's best practise in fighting the Wuhan Virus.
However, Morrison and his Government have made no mention whatsoever about reducing Australia's dependence on China. Meanwhile billions will be spent on economic stimulus and rescue packages to put Australia firmly back in a position where, once the Wuhan Virus crisis blows over,  the China dependence will be maintained.
END
SEE ALSO


Singapore's Trade Minister Chan taking advantage of the coronavirus crisis to wean his country's economy of China;Australia on the other hand has warned its citizens that doing so is racist, discriminatory, will destroy their country's multicultural fabric (which is the best in the world) 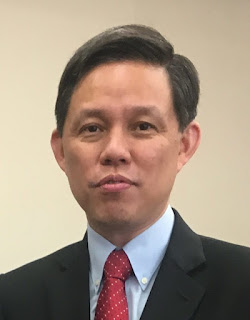 
Singapore's Minister for Trade and Industry Chan Chun Sing has told members of the Singapore Chinese Chamber Of  Commerce and Industry (SCCI) at a closed door meeting  that he intends to use the current downturn in the tourism industry to in future  limit the number of tourists from China to just 20% of annual visitors. He has also requested that they diversify their supply chains away from China.

Chan also told SCCI members that the Government Of Singapore  expects them to diversify their supply chains which have become overly concentred on China. He has warned that in the event of future crisis government support may not be forthcoming.


Meanwhile in Australia, every effort has been made to ensure that Australia's dependence on Chinese students, tourists, suppliers and investors remains unharmed. Government MPs and ministers have even gone so far as to say that diversifying away from China is somehow racist, discriminatory, and that it could harm the country's multiracial society (which they say is the most successful in the world).


Feb 11, 2020 - A rise in racist attitudes towards Chinese-Australians during the outbreak of the coronavirus is unacceptable and unfounded, says Australia's ...


Coronavirus: The latest disease to fuel mistrust, fear and racism


Feb 12, 2020 - With the outbreak of the novel coronavirus (2019-nCoV) in Wuhan, China, stories of courage and strength have captured our collective ...

Feb 11, 2020 - Australia's Chief Health Officer has condemned what he's described as 'xenophobia' towards Chinese Australians, as the death toll from the ...

Posted by Ganesh Sahathevan at 4:56 PM

Posted by Ganesh Sahathevan at 5:41 PM