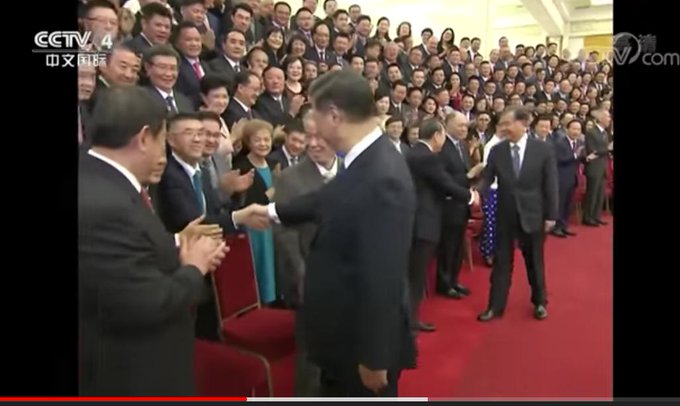 The AFR reported on 8 August 2019:
The president of Australia’s peak legal body has told leaders of the profession in China that there is no rule of law in their country and they need to speak up and challenge the government.

“I was direct with my colleagues in the legal profession in China,” Mr Moses told The Australian Financial Review.

“I told them that you cannot use rhetoric to claim there is the rule of law in China when you don’t have an independent judiciary, detainees are denied access to lawyers and lawyers are imprisoned for seemingly doing their job by representing persons who may have a contrary view to the government.

“That is not the rule of law. That is rule by law.”
(see Law Council boss ticks off China lawyers)y


Meanwhile Mr Moses' Law Council Australia , the NSW Law Society and Legal Professional Admission Board, which is under the purview of Mr Moses' fellow senior counsel, Mr Mark Speakman SC,have provided the Communist Party Of China (CPC) linked Minshen Zhu the credibility and standing of an Australian law school chancellor , and with it the funding and cover to help further develop the CPC's surveillance infrastructure:

Liberal & Labor donor Minshen Zhu's Top Group will fund business with China's iFlytek using Commonwealth of Australia FEE HELP funding: iFlytek is being considered for blacklisting in the US, like Huwaei.

See alos
NSW AG attempted to evade information and queries on political donor Minshen Zhu: AG has a duty to ensure that Zhu is registered as a foreign agent, but instead grants Zhu rights,privileges, never before (and since) granted a private entity
Posted by Ganesh Sahathevan at 4:18 AM