Malaysia's new constitutional crisis -MPs appointed to the boards of GLCs are disqualified from being MPs; dissolution of Parliament now unavoidable 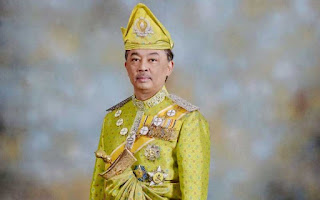 Malaysia's King Abdullah Of Pahang cannot avoid  the matter
of the legitimacy of his Government.


Malaysia may be at the brink of a constitutional crisis that has arisen as a result of the appointment of a number of ruling Perikatan Nasional (PN) Members Of Parliament to the boards of government linked companies (GLCs). The appointments have resulted in the MPs holding offices for profit, thus disqualifying them as MPs.

All but nine of the PN's 112 (or more)  MPs are said to have been appointed to GLC boards, some as chairmen, and there have been demands from at least one component party, UMNO, that all MPs be appointed to such positions.
However, in making these appointments, which are widely regarded as a meanss of consolidating his position, PN leader, the Prime Minister Muhyiddin Yassin, seems to have neglected the convention, if not rule, that an  MP  cannot hold an office of profit.

Holding an office of profit is a reason  for disqualification from holding office as an MP.  Given the numbers involved it is difficult to see how a dissolution of Malaysia's Parliament can be avoided.

While it is true that Malaysian politics, while rooted in the Westminster system, is often played out according to its own peculiar rules, the  current situation where MPs are also on the boards of GLCs raises obvious conflicts of interest; Parliament and its members are  after all meant  to oversee the administration of GLCs. This can include scrutinising GLC  finances, and their management.
Where required MPs may have to pass or review legislation that regulates the structure , management and business operations of GLCs.  Clearly, all this would not be objectively possible if the MPs are also on the boards of those GLCs.

Then , the rule, as stated in the Malaysian Constitution:

Disqualification for membership of Parliament

48. (1) (c) Subject to the provisions of this Article, a person is disqualified for being a member of either House of Parliament i f he holds an office of profit;

The matter of disqualification of a member asa result of holding "an office of profit" has not arisen in Malaysia so no cases on the matter have been located. However, the matter has been discussed and debated extensively in other Commonwealth countries. , including the UK, Australia and India.

Importantly, the Malaysian case is somewhat obvious; that of a prime minister appointing MPs loyal to him to positions at companies he controls, and will continue to control for so long as he has their support.

It is difficult to see how the King can now avoid the fact that his Government must be dissolved.

Posted by Ganesh Sahathevan at 2:41 AM