ScoMo's new quarantine orders should have been introduced in January,Brendan Murphy's advice to blame, he must pay the price. Meanwhile expertise of the Special Operations Engineer Regiment required immediately if Wuhan Virus damage is to be managed efficiently Prime Minister Scott Morrison has finally seen the light of mandatory quarantine.  Had this policy been put in place in mid January to control the entry of travellers from Wuhan and students from China the freezing of the economy that we are seeing now would not have been needed.

The Chief Medical Officer Brendan Murphy must bear responsibility for the delay in implementing a policy of mandatory quarantine, especially since he took it upon himself to scold the Australian public for what he described as racism and xenophobia towards Chinese residents.

Murphy should be replaced. Additionally the Government ought to start utilising the expertise of the Special Operations Engineer Regiment who have the skills and expertise to ensure that the  Wuhan Virus damage is  managed efficiently, free of political considerations.

The City of Sydney Lunar New Year 2020 Festival became an obvious security risk by mid-January  if not earlier when reports had already emerged of the Wuhan Virus' pandemic (even if it was not being described as such then).

Readers will recall that in February Professor Murphy was admonishing Australians for being racist and xenophobic, instead of addressing the issue at hand ie the spread of the Wuhan Virus which now has this country facing a Wuhan style lockdown.


City of Sydney Lunar New Year 2020 Festival became an obvious security risk by mid-Jan if not earlier, but no warning from NSW Emergency Management Committee, Clover Moore and no screening at airports 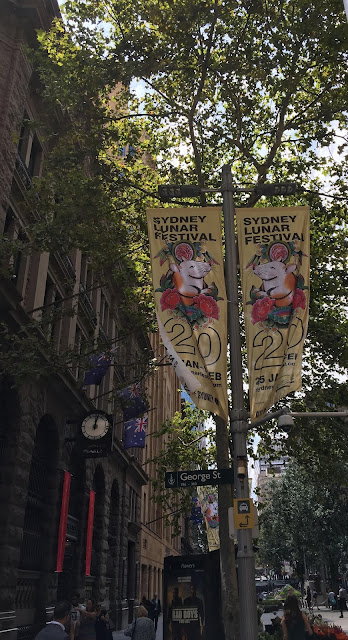