PM Muhyiddin can be minister for everything, but he still needs Parliament to pass legislation to implement Mahahir's RM 20 Billion stimulus package


The Star headline says it all: 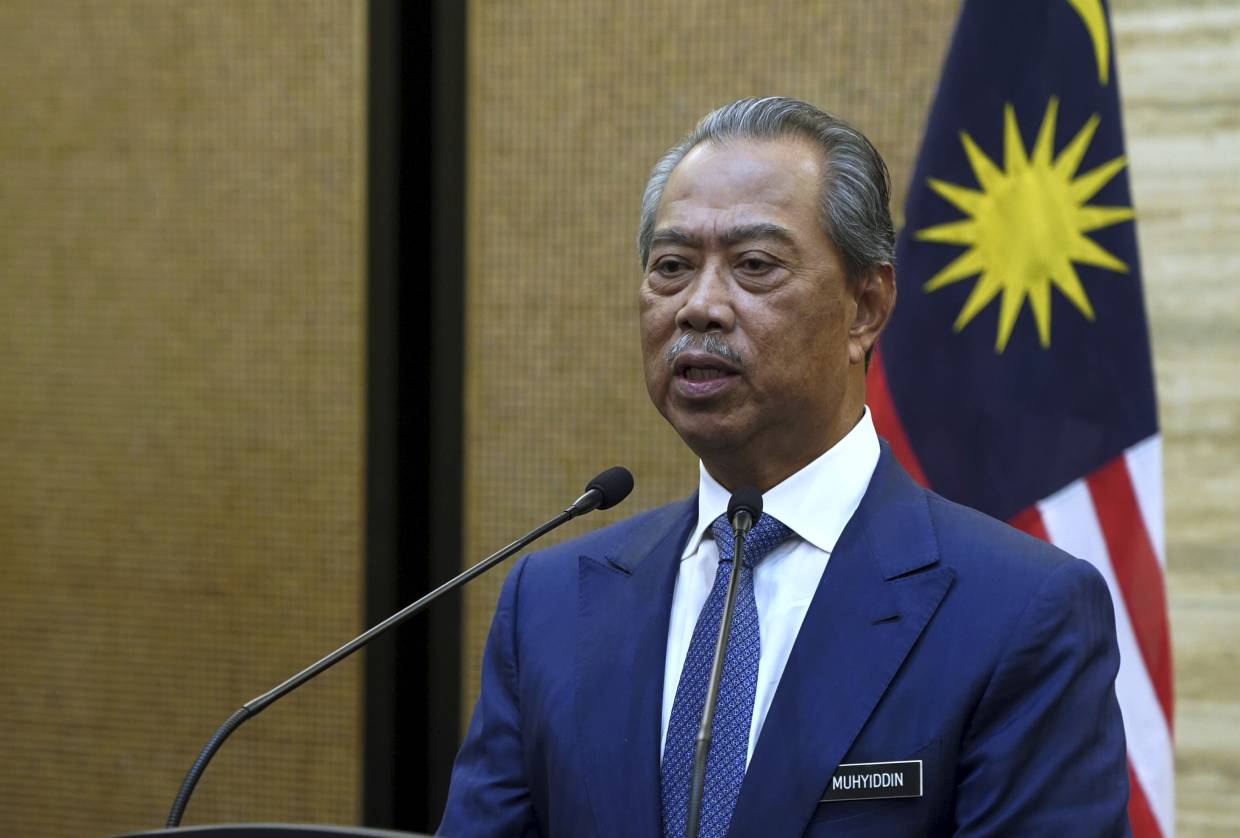 Prime Minister Tan Sri Muhyiddin Yassin will be in charge of all ministries and government departments until the appointment of Cabinet ministers, says the latest Federal Government gazette.

However, the multibillion Ringgit stimulus package introduced by former PM Mahathir jus last week cannot be implemented unless the necessary legislation is passed. That can only be done by Parliament , by the MPs voting on the legislation. As reported last week, the measures are meant to be implemented in March.
END

Mahathir announces RM20 billion economic stimulus package
PUTRAJAYA: Interim Prime Minister Dr Mahathir Mohamad has announced a RM20 billion economic stimulus package to cushion the impact of Covid-19.
In a press conference at the Prime Minister’s Office, he said it would be implemented for six months from March.
This includes a 15% discount on the electricity bills for airline companies, shopping malls and exhibition malls.
To stimulate the tourism industry, taxes for hotels will be reduced and the levy imposed for training will be removed temporarily.
“This is to encourage economic growth, especially within some industries like hotels and others,” Mahathir said.
The employers’ contribution to the Employees Provident Fund will also be reduced from 11% to 7%, allowing employers to have more money in hand.
This will take effect from Apr 1 to Dec 31. It will potentially unlock up to RM10 billion worth of private consumption.
Mahathir also introduced a slew of other incentives for the Malaysian economy, including for those who lose their jobs and for the manufacturing and the transport sectors.
On Feb 14, former finance minister Lim Guan Eng had said the stimulus package was neither a new budget nor part of Budget 2020 measures but to sectors affected by the Covid-19 outbreak.
Under the stimulus package, a one-off payment of RM600 each will be given to taxi drivers, tourist bus drivers, tourist guides and registered trishaw drivers.
As a sign of appreciation to those serving in the front-line to keep Malaysia safe from Covid-19, a special monthly critical allowance of RM400 will be given to doctors and other medical personnel.
Immigration officers and related front-line workers will receive RM200 each.
The allowances took effect from this month until the end of the pandemic.
There will also be a matching grant of RM100 million to the Human Resource Development Fund (HRDF) to fund 40,000 employees from the tourism and other affected sectors.
“RM50 million will be used to subsidise short courses in digital skills and highly skilled courses. This incentive is expected to benefit 100,000 Malaysians,” Mahathir said.
Malaysian workers who have been retrenched can rely on the Employment Insurance System (EIS) with a current fund of RM1.1 billion.
A daily training allowance of RM30 per day will also be provided to trainees under EIS, Mahathir said.
To stimulate the tourism sector, the government will have a personal income tax relief of up to RM1,000 on expenses related to domestic tourism, and Malaysians will be able to get digital vouchers of up to RM100 per person for domestic flights, rails and hotel accommodation.
Mahathir said the government was also proposing a 6-month deferment, beginning April, on the monthly income tax instalments for the tourism sector.
Companies affected by the Covid-19 would be allowed to revise their profit estimates for 2020 without penalty, he added.
Mahathir said companies would also be exempted from (HRDF) levies for hotels and travel-related companies and they would also be exempted from the 6% service tax for hotels from March until Aug 2020.
The government will also provide financing facilities for affected companies, with Bank Negara Malaysia (BNM) providing a special relief facility worth RM2 billion for Small Medium Enterprises (SMEs) at an interest rate of 3.75%.
Bank Simpanan Nasional (BSN) will allocate RM200 million in microcredit facilities with an interest rate of 4% to affected businesses.
He said all banks would be required to provide financial relief in the form of payment moratorium and to restructure and reschedule loans for affected businesses and individuals.
Under the stimulus package, Malaysia Airport Holdings Berhad (MAHB) will provide rebates on rental for premises at the airport as well as landing and parking charges.
The government will also give a payment of RM200 to all Bantuan Sara Hidup (BSH) recipients and the payments scheduled for May will now be brought forward to March.
An additional RM100 will be credited into the bank accounts of all BSH recipients in May.
“Subsequently, an additional RM50 will be channelled in the form of e-tunai,” Mahathir added.
Due to the global economic slowdown and impact from Covid-19, Mahathir saidGDP growth for this year is estimated to be between 3.2% to 4.2%.
He said the stimulus package might see the fiscal deficit increased slightly to 3.4% of the GDP compared to the original target of 3.2% of the GDP.
Posted by Ganesh Sahathevan at 6:46 PM