Istana Negara officers, staff undergo Covid-19 tests, but what about The Agong, and The Permaisuri Agong 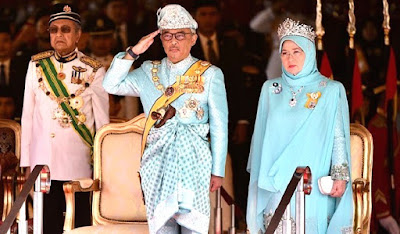 The Star has just reported:


Istana Negara ceremonial officer Sophian Ab Rahman posted this on Twitter on Monday (March 2).
"Following news that there is a possibility that there were MPs who had been in close contact with a Covid-19 patient, all officers and staff members of Istana Negara were made to undergo compulsory tests.
"May Allah protect our King and all of us from this disease outbreak," he wrote.
He also uploaded a photo of himself undergoing Covid-19 test at an undisclosed health facility.

However, we still have no word on the  Agong,and why was put in danger (see story below) . The Permaisuri Agong may have also been exposed.


PM Muhyiddin adviser exposed to Coronavirus ‘Covid 19 : Was the Agong informed of the health risk, or was there an attempt at modern day pukau (witchcraft) 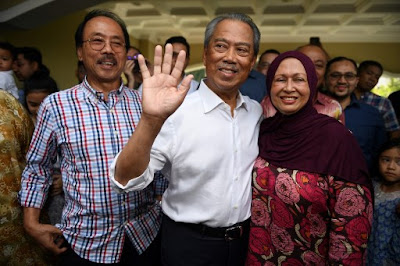 
Sarawak Report has said this morning that PM Muhyiddin Yassin and his team of advisers may  have been exposed to the  Coronavirus ‘Covid 19 infection.


Sarawak Report has then reported:

Sarawak Report can reveal that the ‘minister’ (referred to in the Mkini story above) as having been in close contact with a Coronavirus ‘Covid 19′ victim on Thursday is one of the closest allies of the newly appointed PM, Muhyiddin Yassin, and has been in constant contact with him and the band of cross-party schemers behind the new government over the past three days.

The deputy minister (from Amanah) who accompanied him to the Khazanah event, where they were in contact with a now confirmed sufferer of the disease, has already reported himself and been voluntarily admitted into self-isolation within his own home to prevent the further spread of the highly infectious, potentially fatal disease.
Meanwhile, Khazanah has itself confirmed that the employee who came into contact with Muhyiddin’s close friend and political ally is confirmed as having tested positive for the disease and is currently being treated in isolation in Sungai Buloh Hospital:

Confirmation by Khazanah
PM Muhyiddin and his team have been in constant contact with the Agong over the past few days, but it is unclear if the Agong had been informed of the possible health risk. Muhyiddin, his advisers, and his supporters have been over the past few days been in close physical contact often in confined spaces, so infection of the group by the individuals concerned is not unlikely.

Was the Agong informed of the likelihood of infection, and if not was there an attempt at debilitation?
Shamanism is very much part of the Malay and Malaysian culture and it is practised at all levels of society, regardless of education. It is not unlikely that Cvid 19 infection was relied on in the quest for the Prime Ministership.