How Singapore used the words "Wuhan Virus" to alert its citizens to a person from Wuhan who stayed at a J8 hotel, visited the casino and Orchard Road 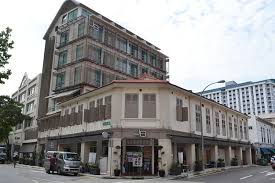 On 31 January 2020 Singapore's ChannelNews Asia reported the following under the headline,
Wuhan virus in Singapore: The First 7 Days:

In the early hours of Jan 24, (the Prime Minister Lee Hsien Loong)  in his yearly Chinese New Year message said Singaporeans should be calm but watchful. The Government was implementing measures to keep everybody safe and healthy, he added.
Later that afternoon, the Ministry of Health (MOH) announced two more confirmed cases of the virus: The 37-year-old son of the first case and a 53-year-old woman from Wuhan who arrived in Singapore via a Scoot flight on Jan 21.
According to MOH, the woman had visited Orchard Road, Marina Bay Sands and Gardens by the Bay, and used public transport like taxis and the MRT. But officials stressed that the risk of transient contact was low.
The report above was preceded by an earlier more detailed account of the woman's movements:
The second new confirmed case is a 53-year-old woman from Wuhan who arrived in Singapore on a Scoot flight TR121 at 5.30am on Jan 21

She was flagged by the ministry on Thursday as a preliminary positive case.
Advertisement

MOH said that the woman had reported that she was asymptomatic during the flight to Singapore, but developed a fever, cough and chills in the afternoon of her arrival on Jan 21.

She sought medical attention at Raffles Hospital the next day and was later taken to the emergency department at Tan Tock Seng Hospital and immediately isolated.

MOH was notified of a suspect case at 3am on Jan 23. The woman subsequently tested positive for the virus at midnight.

She is currently warded at the National Centre for Infectious Diseases and is in a stable condition.

The woman had stayed at J8 Hotel and visited Orchard Road, Marina Bay Sands and Gardens by the Bay, MOH said.

She had also used public transport in Singapore, including the MRT and taxies.

"The risk of transient contact, such as on public transport or in public places, is assessed to be low," said MOH.


The detailed itinerary of this particular visitor was not lost on Singapore netizens and it is likely that the reports above prompted Singaporeans and others who had also visited and frequented those places to have themselves tested.
The Singapore Government was not afraid to use the term Wuhan Virus to address directly a public health issue, It is to the detriment of Australians that the Australian Government has not done the same, and has chosen instead to make the preservation of its immigration policies the priority.
END

Posted by Ganesh Sahathevan at 3:18 PM