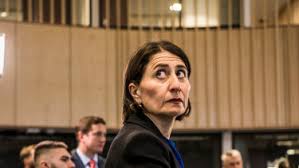 
As reported by Quint.com and others:

Trace Together is an app by the Singapore government that has already been installed by 620,000 people. This contact tracing app can identify people who have come within 2 metres of COVID-19 positive patient for at least half an hour using wireless Bluetooth technology.
In a bid to fight the global coronavirus pandemic, the Singapore government is now making the code for this app open-source, which means it can be modified and used by developers globally to trace people. It will help infected people track and identify who they have been in close contact with – an essential step in fighting the coronavirus pandemic.
Trace Together app is available on the Google Play Store and IOS app store in Singapore, but now that the code is available, expect new apps to come up in other markets.

Trace Together is an app that uses Bluetooth technology to detect when it is near another phone that has the app installed. Phones which have the app exchange anonymous IDs, which are encrypted and stored, even if you don't know the other person.
If any user gets infected with COVID-19, that person will be asked to give government or contact tracers access to the Trace Together data. This is a list of anonymous IDs that the person's phone has been close to.
The app says it doesn't collect any geo-location or any other personal data, which makes it data-privacy rule friendly. The anonymous IDs will help contact tracers track down people who have been in close proximity to the user. This will help quickly contain the spread of the disease.

The excuse in NSW is a lack of facilities, naturally blamed on a lack of funding.However, as reported in January, NSW has significant geospatial assets, which have been ignored if not under utilised.

The NSW Government would have had, if not ought to have had more than sufficient warning that catastrophic bushfires were likely:


Spatial Services' Emergency Information Coordination Unit (EICU) ensures that the emergency management sector has the best spatial and related data available to deal with multi-agency emergencies, such as terrorism and natural disasters.
EICU was established as a counter-terrorist initiative. There is however a commonality in the data required by Emergency Service Organisations (ESOs) for bushfires, floods, earthquakes, storms, and law enforcement activities.
The EICU aims to implement and maintain a collaborative data sharing system on behalf of the emergency service organisations and the emergency management sector in general.
The EICU developed and now maintains the Emergency Services Spatial Information Library (ESSIL). The library combines data from over 200 source agencies supplying more than 11,000 spatial layers which are transformed into 350 seamless state-wide layers. These layers encompass all areas of emergency planning, response and recovery.
As shown before, spatial data is readily available in simple to comprehend forms.The data is freely available, often at no cost.

This is but one simple example. Up to date data may be purchased for a relatively low cost (where it is not free ) and from that data well researched, understood and long established algorithms can be applied to estimate fuel load, and hence the probability of a catastrophic fire event.

It is hard to imagine that the Spatial Services' Emergency Information Coordination Unit (EICU would not have had that data, and advised the relevant branches of the NSW Government accordingly.

One  relevant department in this case would have been the the State Emergency Management Commit​​tee (SEMC) Emergency Management involves a range of programs and arrangements designed to prevent, prepare for, respond to and recover from the effects of hazards impacting on the community.
The State Emergency Management Committee was established under the State Emergency and Rescue Management Act 1989 to ensure that New South Wales has a system to cope with emergencies which is robust, effective and flexible enough to deal with the range of hazards experienced in New South Wales. A hazard impacting on the community may result in an emergency.
The SEMC is chaired by the recently retired head of the Department Of Justice,Mr Andrew Cappie-Wood, whose job it is to advise his minister, Minister for Emergency Services The Hon. David Andrew Elliot.
Mr Cappie-Wood is not shy of publicity. It is time we heard from him with regards the bushfire catastrophe and it is time for David Elliot to explain what he did or did not know about the impending emergency.
END
Posted by Ganesh Sahathevan at 7:29 PM