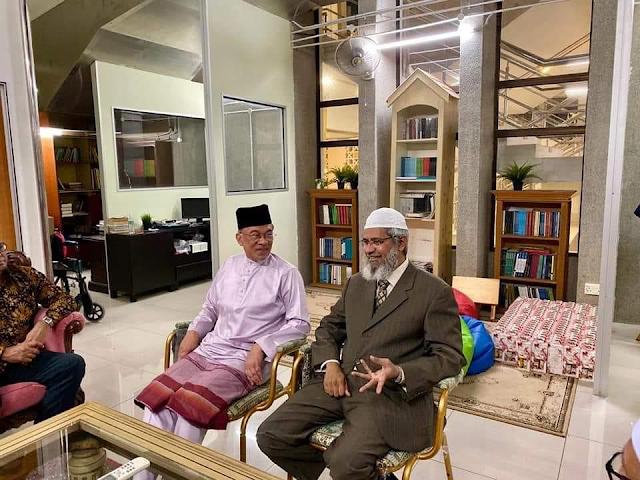 The photograph above is one of a few showing Malaysia (and probably Australia's) hope for the future, the prime minister in waiting Dato Seri Dr Anwar Ibrahim, entertaining the Muslim preacher Dr Zakir Naik.Naik is wanted in India for money laundering and terrorist financing.

Naik is reported to have the financial backing of Indian gangster Dawood Ibrahim, who is understood to in turn have the backing Pakistan's ISI.

Anwar Ibrahim on the other hand has yet to explain his links to former Specially Designated Global Terrorist Sheik Yassin Al-Kadi, who was designated for financing Osama bin Laden.


TO BE READ WITH THE FOLLOWING 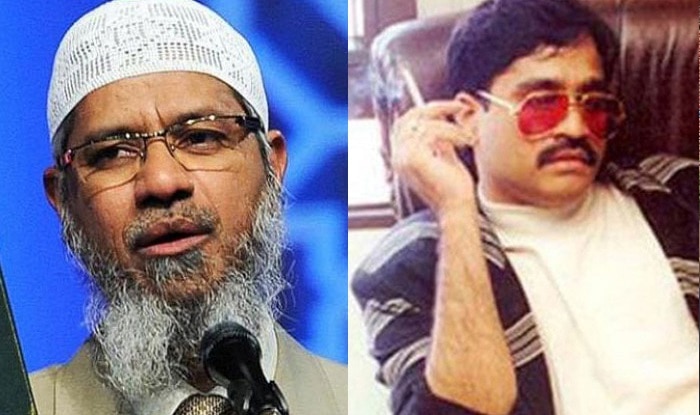 New Delhi, September 26: Iqbal Kaskar, brother of underworld don Dawood Ibrahim, who was arrested by the crime branch of the Thane Police revealed that the fugitive gangster used to fund Zakir Naik’s NGO Islamic Research Foundation (IRF). Kaskar has made the shocking revelation on Tuesday under interrogation in police custody.

However, this is not the first time when Zakir Naik’s connection with Dawood Ibrahim has come to light.

The Enforcement Directorate had also previously hinted that Islamic Research Foundation(IRF) was getting financial aid from the Dawood Ibrahim and Pakistan’s spy agency ISI.

A couple of days ago, Dawood’s brother Kaskar had refuted Indian media reports which claimed that Dawood is very ill. He informed the interrogators from the Intelligence Bureau and the Thane police’s crime branch that Dawood is living in Pakistan in a very good health.


Kaskar also told the officials that he has spoken with his other brother, Anees Ibrahim, who lives with Dawood, only four or five times in the recent past. Iqbal was taken into custody from his house in Nagpada area in Central Mumbai by a team led by encounter specialist and the anti-extortion cell’s senior police inspector Pradeep Sharma.

Posted by Ganesh Sahathevan at 2:35 AM