Former Chief Justice Australia warns,and seems to be encouraging climate change litigation : Even more reasons for ASX companies worth AUD 500 Billion to relocate to the SGX in Singapore

This writer  warned three weeks ago that Australia's crusading judges are adding to litigation risks,and that Australian mineral , oil and gas companies are probably safer relocating to Singapore and re-listing on the SGX:

ASX companies worth $500 Billion could seek a safe haven re-listing on the Singapore Exchange :Climate litigation and crusading judges a toxic mix, raises judicial risk in Australia to worrying levels

Adding to that risk are the following statements by the former Chief Justice of Australia's High Court reported by the AFR,where French seems to be encouraging climate litigation. This statement seems ominous:

"Despite decades of warnings by scientists in a variety of disciplines, many governments, reflecting in part a degree of societal inertia and pressures from various constituencies, have failed to take decisive action to reduce global emissions," Mr French said in an address to the Law Society of Western Australia. 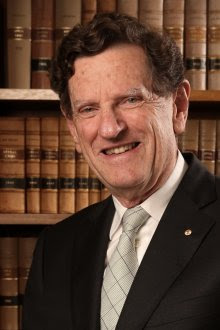 Describing a shift in societal views taking place around the world, Mr French said Australia was in the realm of "a frightening new bushfire paradigm" and predicted an increase in landmark legal cases, as seen in Europe and North America.

"Despite decades of warnings by scientists in a variety of disciplines, many governments, reflecting in part a degree of societal inertia and pressures from various constituencies, have failed to take decisive action to reduce global emissions," Mr French said in an address to the Law Society of Western Australia.

He described the nation's deadly summer bushfire season and changing debate about climate change as a source of concern and division in Australian society and around the world.

"The zeitgeist is changing in Australia," he said.


"We are in the realm of a frightening new bushfire paradigm driven by increasingly extreme weather patterns. The fires have been a massive human and environmental tragedy."

Now Chancellor of the University of Western Australia, Mr French was Australia's most senior judge from 2008 until 2017.

He recently led the Morrison government's inquiry into free speech on university campuses.

Mr French said bushfires in late 2019 and the first part of this year had been a "massive human and environmental tragedy", prompting Australians to link climate change, extreme weather events "and the perception that their governments, and particularly the national government, are not doing enough".

RELATED
How the Coalition became a lightning rod for climate rage

"Such concerns are not dispelled by assurances that we are complying with international legal obligations in relation to the reduction of greenhouse gas emissions," he said.

"The collateral argument that the reduction of our emissions only withdraws a drop from the global ocean of CO2 becomes less and less convincing – not least because it can be applied to almost any country other than the United States, India and China."

Mr French said societal demands and an increase in climate change litigation will help drive policy change across the community.

A July 2019 report by the Grantham Research Institute on Climate Change and the Environment found 1023 cases of climate change litigation in the US between May 2018 and May 2019.

Australia had 94 cases in the period, ahead of the European Union with 55 and Britain with 53. Elsewhere, New Zealand had 17 cases while Canada had 16.

Last week a group of bushfire survivors joined environment group Friends of the Earth in a legal claim against ANZ, accusing the bank of financing the climate crisis through funding for fossil fuel projects.

Environmental campaigners successfully required ING bank in the Netherlands to make public its level of indirect carbon emissions, reduce its exposure to thermal coal and invest in line with the Paris climate agreement goals.

Mr French cited the Dutch Supreme Court's decision to uphold a ruling ordering the country’s government to do much more to cut carbon emissions in December, the end of a six-year legal challenge.

He said cases in the United States Court of Appeals and pending litigation in France coincided with an increasing level of public discussion about statutory and fiduciary duties of company directors, including to exercise care and diligence and to disclose matters which could affect the interests of a firm.

Mr French said the concerns were "no longer matters only of interest to lawyers.

"They have a real and personal importance for all Australians," he said.

Tom McIlroy is a political reporter for The Australian Financial Review in the federal press gallery at Parliament House. Connect with Tom on Facebook and Twitter. Email Tom at thomas.mcilroy@afr.com