1MDB: Answers required from Tabung Haji why TRX took a back seat to Australian ventures 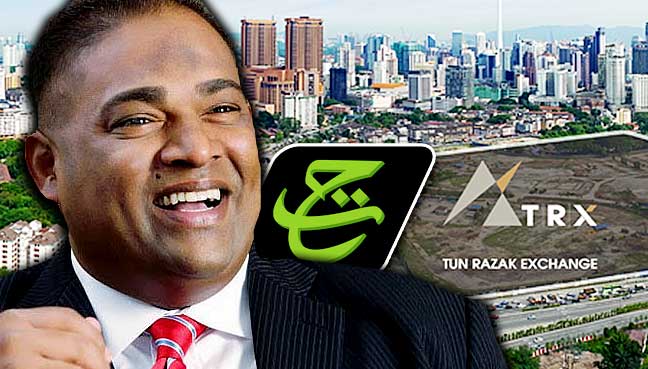 Tabung Haji (TH) will develop the Tun Razak Exchange (TRX) land it purchased from the debt-laden 1MDB, instead of selling it off.
The pilgrim fund’s Chairman Abdul Azeez Rahim said TH’s subisidary company, TH Properties, will be tasked to build apartments on the land.
“The land’s previous value was RM177.5 million, but now it’s RM250 million. When we took the matter to Parliament, not only Barisan Nasional lawmakers, but the opposition too, proposed the land not be sold as it’s valuable.
“TH Properties will build apartments at the plot of land. The value of the TRX land was RM2,700 per square foot and now it has increased to RM3,100 per square foot,” he said, adding that the Gross Development Value (GDV) of the land was an estimated RM820 million.
Last year, TH courted controversy when it purchased a 0.64ha land in TRX for RM188 million from 1MDB to develop a residential tower. The purchase value was 43 times the price 1MDB had paid to buy the plot from the federal government five years ago.
Readers may recall that 1MDB purchased the land from the government at a steep discount in order to disguise what the public now know was a massive financial hole.

Given the context of the times in 2016, Tabung Haji and TH Property had every reason to make the TRX project a success. Instead they chose to not do very much with it, and instead channel "internal funds" to projects in Australia via its 50:50 JV, PietyTHP.
TH Property's CEO and Group Managing Director Dato Roszali Othman at the time remains one of three senior members of THP Piety, despite no longer holding his TH Property posts.

Nevertheless, only he can now provide answers to the above.

To be read with

Posted by Ganesh Sahathevan at 4:12 AM