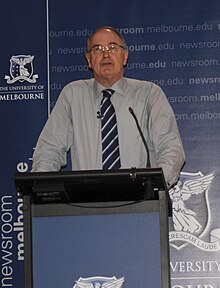 PM Lee rejected Prof Lim Chong Yah's "shock therapy" idea, explaining that it was better to apply sustainable measures.
Mr Lee was responding for the first time to the recent proposal for "shock therapy" by the well-known economist and former chairman of the National Wages Council, Professor Lim Chong Yah, to raise wages of the lowest-income workers by 50 per cent over three years.

Mr Lee said: "I appreciate his good intentions, I share his concerns over this group of workers. But I do not agree with his drastic approach because the only realistic way to move is step by step, with wages and productivity going up in tandem...as fast as we can, as fast as it's possible."
Mr Lee disagreed with the proposal, pointing to the 1980s when Singapore pushed up wages sharply and had "room" to do so. He said: "But even then, we ran into problems."

Mr Lee explained that in the 1980s, Singapore's economy was growing rapidly at 8 to 10 per cent a year. It also helped that the country's only competition then came from the "three little dragons" - South Korea, Hong Kong and Taiwan. China and India were not on the scene, he added.
And during that period, the labour market was tight as multinational companies such as Philips entered the labour market, creating thousands of jobs.

He said: "In 1985, when the winds changed, when the conditions turned difficult, we plunged into a very deep recession...We had to cut wages sharply...so that the economy could recover."


Left unsaid is the fact that the architect of the 1980s wage increase was the same Lim Chong Yah.


So too in Australia, where one Professor  Ross Garnaut is being promoted as a modern day Old Testament prophet, who foresaw ten years ago that the "trend" towards more intense bushfires would become evident in 2020. Left unsaid is the fact that the same man is responsible for the zero tariifs policy of the 1980s, which has seen manufacturing in Australia decimated, and Australia becoming an importer of cheap, low quality goods from China.

Like PM Lee in 2012,  PM Morrisson ought ot remind the Australian public of Proefssor Garnaut's record.


TO BE READ WITH


Carbon dioxide 8% BELOW Australian climate expert Ross Garnaut's saftey threshold so what's causing the Australian bushfires? If Garnaut's proposals had been implimented trillions would have been lost for nothing

Posted by Ganesh Sahathevan at 5:02 PM