Malaysia still not reclaiming Luconia Shoals; meanwhile Indonesia is sparing no effort to fight Chinese attempts to assert sovereignty over the Natuna Islands


While Malaysia seemed, toward the end of last year, to assert its rights to the South China Sea via a diplomatic note that clearly irritated China, the Malaysian Government will still not take the simple step of reclaiming Luconia Shoals, from which the Malaysian flag was removed in an act of surrender, if not aggression(see story below).


Meanwhile Indonesia has wasted not time debunking China's claims to the South China Sea and in particular its Natuna Islands.

The Indonesian Foreign Ministry has  begun the New Year with a tweet protesting China's intrusion into the waters surrounding the islands, and rejecting China's claims of a historical connection to them (see tweet above and statement below). 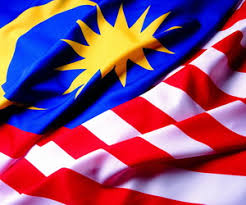 These submissions by the  Government Of Singapore to the International Court Of Justice in the Pedra Branca/Batu Puteh matter were part of Singapore's ultimately successful defence against Malaysia's claim:

6.53 It should be noted that Malaysia has demonstrated her awareness of the significance of flying national emblems over territory for purposes of evidencing sovereignty. Malaysia demanded (and obtained) the lowering of the Singapore Ensign flown until 3 September 1968 over another lighthouse facility maintained by Singapore at Pulau Pisang, a territory over which Singapore does not exercise or claim sovereignty.

7.11 In the present case, neither Johor nor Malaysia ever protested against the regular flying of the British and Singapore emblems over Pedra Branca, even though this was done as a clear display of State authority and without seeking consent from Malaysia or Johor, and Malaysian officials were fully aware of this.

7.12 Moreover, Malaysia’s long silence regarding this clear and public manifestation of Singapore’s sovereignty over Pedra Branca since 1847 is in sharp contrast to Malaysia’s response to the flying of the Singapore marine ensign on the lighthouse administered by Singapore at Pulau Pisang, an island which belongs to Malaysia. In 1968, Malaysia objected to the flying of the Singapore flag over Pulau Pisang Lighthouse320. Following Malaysia’s objection, Singapore ceased flying her flag on the Lighthouse. In contrast, at no time had Malaysia ever protested against Singapore’s flying of her flag over Pedra Branca. 7.13 If Malaysia had any belief that she had a claim to sovereignty over Pedra Branca, one would have expected Malaysia to have exercised or attempted to exercise her sovereign authority over the island in the same way that she had done with respect to Pulau Pisang, if only to put on record that, notwithstanding Singapore’s presence on Pedra Branca, Malaysia had sovereign authority over the island. This omission on Malaysia’s part is especially significant as it occurred shortly after Singapore left the Federation of Malaysia in August 1965, when the governments of both countries treated each other with the utmost caution on bilateral issues.

7.14 Singapore contends that, given these facts, Malaysia had consciously (and correctly) decided that, in contrast with Pulau Pisang, any protest was not appropriate with respect to the flying of the Singapore flag on Pedra Branca.

Given that these arguments led to the decision against Malaysia, one would expect that the Government Of Malaysia would exercise and strenuously defend its right to fly the flag on all its possessions, but this was obviously not the case with Luconia Shoals.  It is hard to see that by removing its own flag, Malaysia has not surrendered its right to the Shoals.
In fact, it does seem as if China has already assumed control of the shoals:
(Hans Berekoven, an Australian  marine archaeologist) chose Malaysia's independence day, August 31 last year, to protest against the situation by raising the Malaysian flag on the tiny island.
It is the first time the video of the incident has been released.
"I took the curator of the museum that we're working with, and a couple of other Malaysian friends, and a journalist from the Borneo Post," he said.
They mounted a stainless steel flagpole into a cement footing and raised the Malaysian flag, as the China Coast Guard vessel watched from about 500m offshore.
"They must have got on the blower to Beijing and Beijing must have got on the blower to Kuala Lumpur, because suddenly there was a big kerfuffle in KL," Mr Berekoven said.
The next morning, a Malaysian aircraft flew low over Mr Berekoven's boat and the island.
"A Malaysian coast guard vessel was despatched. Went out there and unbolted the flag," he said.

"It's absolutely absurd. It's 88 miles, well within the 200 mile economic exclusion zone, and they've forced the Malaysians to take the flag down — their flag, asserting their authority, their sovereignty."

ABC Australia reports that Malaysia surrendered special rights to Luconia Shoals to China : Rights to adjoining EEZ may be lost