Did Commonwealth and NSW agencies turn a blind eye to Villawood detainee Sirul Azhar's bank transactions, or were they simply blind? Malaysian lawyer Americk Sidhu has put in the public domain documents which raise serious questions about Australia's grossly incompetent ,if not deliberate, handling of the Sirul Azhar and 1MDB affairs 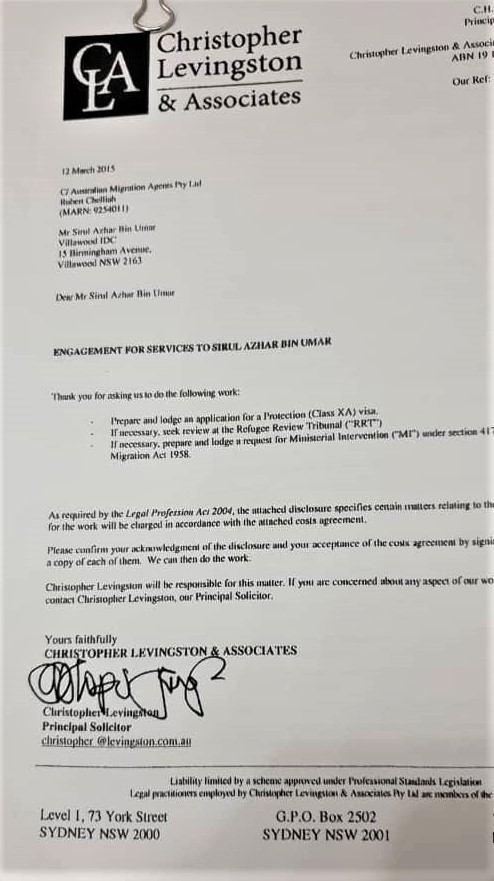 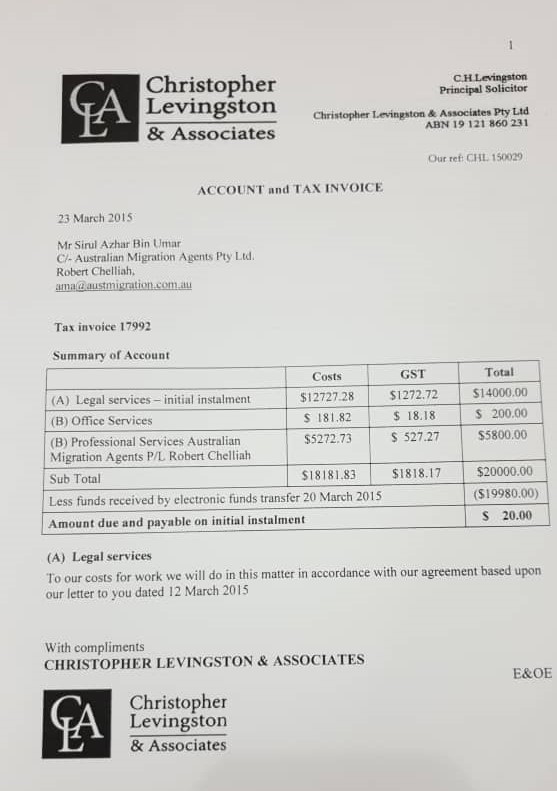 In the meantime, a bill for charges incurred in representing Sirul had been sent by (Sydney lawyer Christopher) Levingston to Sirul. Levingston issued an account summary and tax invoice dated the 23 March 2015 in which he acknowledged payment by ‘electronic transfer’ of AUD19,980.00, which he had received on the 20 March 2015.

Who paid this bill?
It couldn’t possibly be Sirul could it? He was under detention in a gated facility. It is extremely doubtful he would have paid this bill by ‘electronic transfer’ for three reasons; firstly, he didn’t have access to a computer. Even if he did, he didn’t have a bank account, but if he did, he didn’t have AUD20,000.00. Or did he?
But that didn’t matter. Levingston had confirmed with Robert Chelliah that the funds came from Kamarul Hisham’s law firm account. This was when Levingston paid Robert AUD 5,000.00 for his services from the funds he received.
Requests for comments from Sirul’s lawyers in Kuala Lumpur were eventually responded to, as follows:
“The fees was contributed by an independent source, which I am currently not at liberty to reveal, unless Sirul so permits. I have not been in communication with Sirul since last Hari Raya”

The matter of Sirul Azhar is not obscure; it has been reported worldwide for it implicates the former Prime Minister of Malaysia, Najib Razak. Najib has since 2015 been implicated and is not standing trial for misappropriating billions from the Malaysian sovereign wealth fund 1MDB. Consequently any transaction, even if it were cash in hand, involving Sirul ought to have been treated as high priority by AUSTRAC , Home Affairs , the AFP ,and all relevant authorities in New South Wales.The NSW bodies would be under the purview of Attorney General Mark Speakman who seems to have taken a curiously defensive posture on matters involving 1MDB.
All of the above raise the question: Did Commonwealth and NSW agencies turn a blind eye to Villawood detainee Sirul Azhar's bank transactions, or were they simply blind? In either case, the Commonwealth and State Attorneys General , Christian Porter and Mark Speakman, as well as the Minister for Home Affairs Peter Dutton, owe the public and their foreign counterparts and long overdue explanation.

Posted by Ganesh Sahathevan at 6:04 PM