Najib's SRC trial defence easily rebutted with DOJ evidence, which is being ignored: Meanwhile court room entertainment may be good for a laugh. but not a conviction 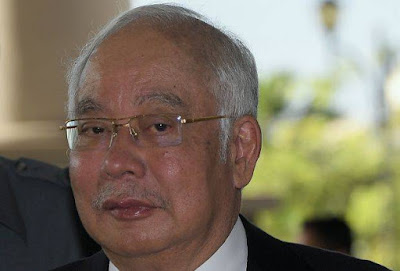 Like it or not,Najib seems to know what he needs to do in court: cast doubt


In the High Court today, as reported by THE STAR:

Former prime minister Datuk Seri Najib Razak told the High Court that he had no idea that RM32mil was transferred into his personal bank account.
The 66-year-old Pekan MP said this was because his account was managed by a third party who would have informed him if there were any suspicious transactions.
“I did not manage my own account. They who managed my account should know better, ” he said here on Wednesday (Dec 18).
He also said the bank should have informed him as the account holder if such suspicion arises.
Najib was under cross-examination by ad hoc prosecutor Datuk V. Sithambaram who questioned him on the transaction.
Sithambaram also questioned Najib’s failure to lodge a police report regarding his allegation that his signature was forged in several documents relating to the trial.
The prosecutor described Najib’s forgery allegation as an afterthought that was raised only during defence stage.
This was denied by Najib.
Sithambaram: You agree with me when your signature is forged in any documents, you should lodge a police report.
Najib: I only found out that there was a probability my signature was forged during the case.
Sithambaram: That’s not my question. Would you make a police report?
Najib: That is why we want to call an expert first to examine the signature, after which we would make a police report.
The prosecutor suggested Najib’s application to call a document expert as to ‘bolster untruthful event’ of forgery, and Najib disagreed.
Sithambaram: So after sitting in court and hearing the cross-examinations, you decided to say your signature was forged.
Najib: I disagree.
Sithambaram: You never said you had doubts (when you confirmed your signature with the Malaysian Anti-Corruption Commission) because the forgery issue only came during the defence stage.
Najib: I disagree. At that time, I thought it was my signature.
Sithambaram: So it could be your signature, or it could not be your signature.
Najib: Yes.
Sithambaram: You're not sure if it's forgery so you need an expert to confirm.
Najib: Yes.
Sithambaram: I put it to you, that the only person that can verify your signature is you.
Najib: I disagree.

Meanwhile, in the US:

The US has shared its information with the Malaysian Government.

END
Posted by Ganesh Sahathevan at 2:53 AM