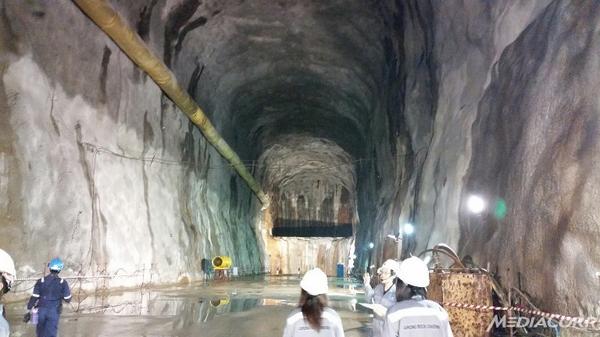 Rationalise this:Having spent billions on the Jurong Rock Cavern Oil Storage facility, it is hard to see how Singapore is going to participate in any way in anything that is going to harm the global trade in oil, gas and derivates.

Singapore Prime Minister Lee Hsien Loong  in a speech at the opening of Exxon Mobil’s new facility in Singapore in 2015:

“The energy and chemicals industry is a major carbon emitter worldwide. It is the nature of the industry....We must reduce our emissions, both of greenhouse gases as well as other more local pollutants..... “But at the same time, I want to assure all the energy and petrochemicals companies here that the Singapore government stands fully behind them and will continue to help them to succeed.”

We can continue to reject plastic straws, but to significantly reduce its greenhouse gas emissions and future-proof its economy, Singapore must adopt a strategy to shift its reliance on the petroleum and refinery industry.
Associate Professor Hsu's commentary comes at the end of a year in which Singapore media has had much to say about climate change. Much of the reporting and commentary seems to have avoided the not so small matter of Singapore's proposed climate change policies on its USD 80 Billion oil and gas sector (see story below).
Regardless, Professor Hsu has said it, CNA has published it, and finally the flirtation with climate change has crashed into the reality of business and livelihoods.
This writer looks forward to more excitement in the coming weeks, months and year.
END


Singapore's oil and gas sector is worth USD 80 Billion, but it's actively pursuing "climate change" strategies-Is anyone in its ruthlessly pragmatic administration thinking of the costs, to the industry and other related parts of the Singapore economy?

The oil industry makes up 5 per cent of Singapore's GDP, with Singapore being one of the top three export refining centres in the world. In 2007 it exported 68.1 million tonnes of oil. The oil industry has led to the promotion of the chemical industry as well as oil and gas equipment manufacturing.[80] Singapore has 70 per cent of the world market for both jack-up rigs and for the conversion of Floating Production Storage Offloading units. It has 20 per cent of the world market for ship repair, and in 2008 the marine and offshore industry employed almost 70,000 workers.[81]

The sector provides cash for the financial services industry, so the impact of doing its "full part" would be in excess of what has been described above.

Clearly, the loss of luxury homes in Sentosa Cove at some point in the future is not the only cost that Singaporeans need to be concerned about: 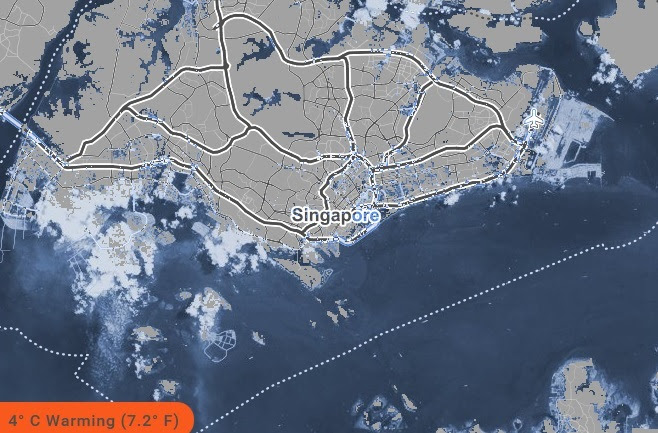 Source: Climate Central
The immediate costs of jumping on the climate change bandwagon are likely to cause greater damage.

This is a best prospect industry sector for this country. Includes a market overview and trade data.
Last Published: 6/13/2019

Posted by Ganesh Sahathevan at 4:10 PM