A map of Singapore and surrounding areas in Arabic c.1900 : Evidence of Muslim dominion even after the Anglo-Dutch Treaty 1909?


An interesting map of Singapore and surrounding areas in Arabic, produced in 1909, well into the era of British Colonial rule. While most maps of Singapore are in English (evidencing in part British dominion) the existence of this map could possibly suggest that Singapore and surrounding areas were considered, despite British colonial rule, part of the Muslim world, and subject to the dominion of some caliph, in this case the Ottoman ruler of the time. 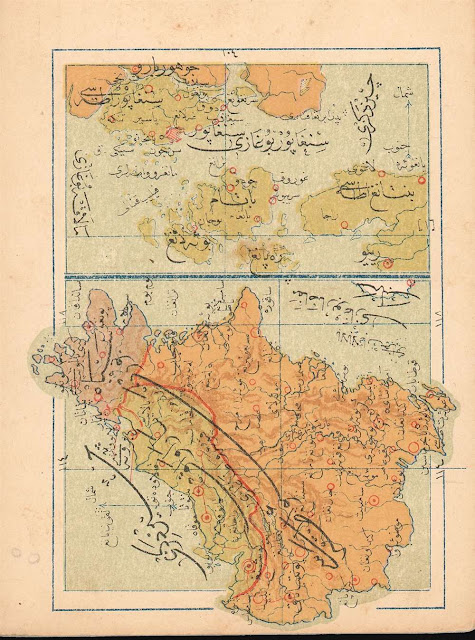 A 1909 Turkish map of the Singapore Strait and island of Singapore, combined with a map of Borneo(click to enlarge or go to link to enlarge image)

Note from Geographicus Antique Maps:
All titles and descriptive text are in Ottoman Turkish.On the Singapore Straits portion of the map, the city of Singapore itself is marked in red hachure. The map of Borneo is oriented to the west, and its colonial division between the English and the Dutch -which would materially affect the political boundaries of post-colonial Borneo- is indicated with colour.

Posted by Ganesh Sahathevan at 4:13 PM