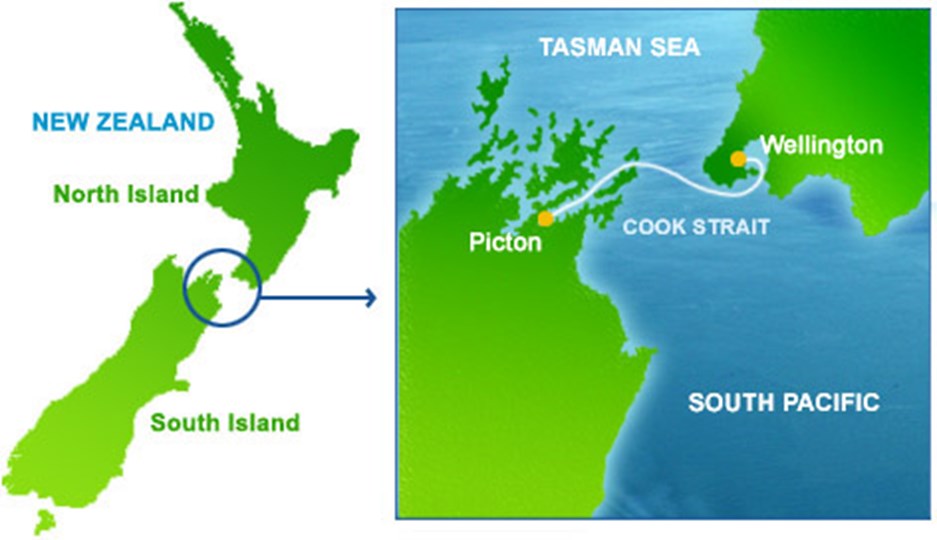 A Chinese naval vessel is making a trip to NZ to practice passing through Cook Strait I’d like to hear PLA-Navy explain why they need to know how to do this, & NZ govt explain why they permit it PLA-Naval Submarine Academy among trainees on the trip


Mow read what others including Xinhua have to say about the matter.


A Chinese naval vessel will soon dock in New Zealand waters for a visit that's gone unannounced by the Government.

The New Zealand Defence Force (NZDF) confirmed the upcoming visit but provided Newshub with no other details, directing questions to the Chinese Embassy.

The Ministry of Foreign Affairs and Trade (MFAT) also declined to answer questions, suggesting NZDF and the embassy would be better equipped with information.


The Chinese Embassy did not immediately respond to Newshub's request for comment.


The NZDF has increased its engagement with China in recent years, and it's not unusual for our Navy vessels to go on short exchanges with the Chinese military.


New Zealand is responsible for patrolling a huge search and rescue area that stretches from Micronesia to Antarctica. Our limited naval capacity means we can't patrol the area on our own, so we partner with other nations such as China.


Anne-Marie Brady, the University of Canterbury's China expert, says visits from international military are generally kept quiet so as not to provoke the "hornet's nest" of potential protest.


"The Government's always very cautious about visits, they're unlikely to announce one ahead of time," she told Newshub.


She says there's bound to be some kind of official greeting party for the vessel, but it's likely to be kept on the down-low.


The Qi Jiguang is carrying a crew of 517 consisting mostly of cadets, according to Chinese media. Over the course of the tour students will be trained in geography, astronomical navigation and other sailing skills.

The state-run Xinhua News Agency reports the students will disembark at various foreign ports to visit other countries' warships, schools and training centres. It's unknown which New Zealand facilities they intend to visit, if any.


While Xinhua says the tour is to "deepen the friendship with the people of the visiting countries and show the good image of the Chinese navy", Voices of America reports the tour is intended to tighten China's claim on the contested South China Sea and spread goodwill in a region dominated by Australian influence.


In June three Chinese warships arrived in Sydney Harbour for an unannounced visit. Prime Minister Scott Morrison said the government was aware of the stopover ahead of time, and dismissed anger over the visit occurring on the anniversary of the Tiananmen Square massacre. 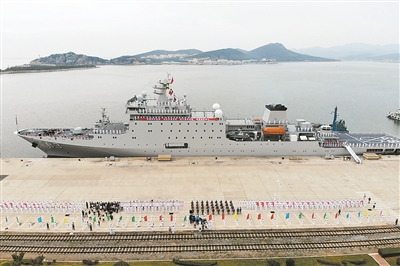 Qi Jiguang ship sailed from a military port in Dalian.
At 10 o'clock on the morning of the 20th, our navy's new training ship, Ji Jiguang, carried 517 naval trainees and officers and men, set off from a military port in Dalian, Liaoning Province, and carried out voyage internship missions and visited Brunei, East Timor, Papua New Guinea, New Zealand, Fiji, etc. An Asia-Pacific country, this is the second time that Ji Jiguang has carried out a long-distance internship mission after being listed.
"The successor mission of Qi Jiguang Ship is completed, please set sail!" With the sound of military music, Qi Jiguang slowly sailed off the dock. On the deck, the stationed trainees and officers and men were full of energy, lined up neatly, and waved goodbye to the motherland and their loved ones.
The mission was led by Yu Wenbing, political commissar of the Dalian Naval Academy, as the head of the maritime steering group. The trainees who came to the internship with the ship came from seven colleges including the Naval Dalian Naval Academy, the Naval Engineering University, the Naval Submarine Academy, the Naval Aviation University, the Naval Military Medical University, the Naval Service School, and the Naval Academy.
During the two-month voyage, the Qijiguang ship will sail through the Yellow Sea, the East China Sea, the South China Sea, the Java Sea, the Banda Sea, the Timor Sea, the Aravora Sea, etc., across the Taiwan Strait, the Karimata Strait, Torres. Important channel waterways such as the Straits, the Cook Strait, and the Dagu Strait.
During the mission, the ship will organize students to carry out 27 different subject teaching and training courses such as geography and navigation, astronomical navigation, marine hydrometeorology, etc., to train students to have a good sailing style and enhance the professional quality of the navy. During the berthing of foreign ports, participants will be arranged to visit foreign warships, colleges and training facilities. Through the launch of the ship open day, deck reception and various cultural and sports activities, deepen the friendship with the people of the visiting countries and show the good image of the Chinese navy.
Qi Jiguang Ship, No. 83, is a training ship detachment of the Dalian Naval Academy. Since his entry, he has participated in the completion of the 70th anniversary of the founding of the Navy, the multinational naval activities, the naval naval sea parade, the visit to the four countries of Europe and Asia, and the fourth phase of the National Student Military Training Camp.
Leaders of relevant military units, representatives of officers and soldiers of the army, and representatives of family members of the visiting officers and men went to the terminal to see off. (Dawn Yu, Lin Fei)
[Error Correction] [Editor: Cai Linlin]
Posted by Ganesh Sahathevan at 4:32 AM