The collapse in Top Group's market capitalization seems not to have bothered the relevant Australian regulators,which include the Legal Profession Admission Board NSW and TEQSA.
Fergus Hunter reported in the SMH , September 1, 2016:


Top Education Institute, the company Dr Zhu established in 2001 and PricewaterhouseCoopers invested in earlier this year(2016) , specialises in law, business and accounting qualifications costing between $8500 and $80,000.
In November(2015) , he met Prime Minister Malcolm Turnbull for a dinner related to the institute's newly established law school.
In April (2016), he discussed the merits of law degrees with Senator Brandis.
This interesting given that Top's law school is accredited by the New South Wales Legal Profession Admission Board,which is under the purview of AG NSW Mark Speakman SC.  The common thread however is in the fact that Turnbull ,Brandis and Speakman are all "moderates" which in English means they are of their Liberal Party's Left faction.

NSW Libs received donations of $44,275 from TOP Education Group just before after TOP was granted the "first & only" license issued a private company to award law degrees: AG Speakman and his LPAB refuse to disclose all details in the LPAB Annual Reports

The LPAB and AG were  also queried about the exclusion from the 2015 Annual Report of material that had been disclosed in the 2012 Annual Report where it is stated  that LPAB member  Dr Gordon Elkington was assigned to TEQSA to assist with the TOP  application for the relevant licenses from TEQSA.


It has since been discovered that in the 4 months or so prior to the LPAB granting TOP  the license to issue law degrees, TOP made donations worth AUD 44 275 to the Liberal Party NSW Branch. 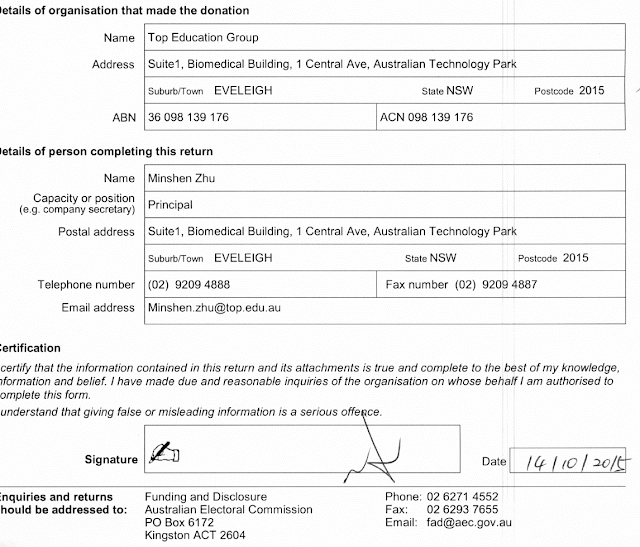 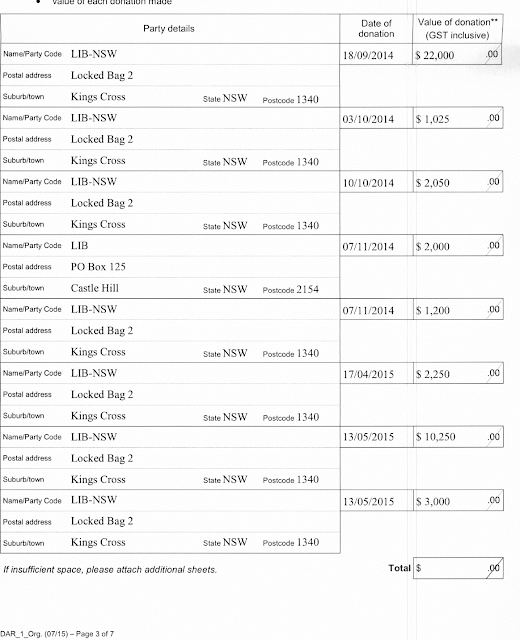 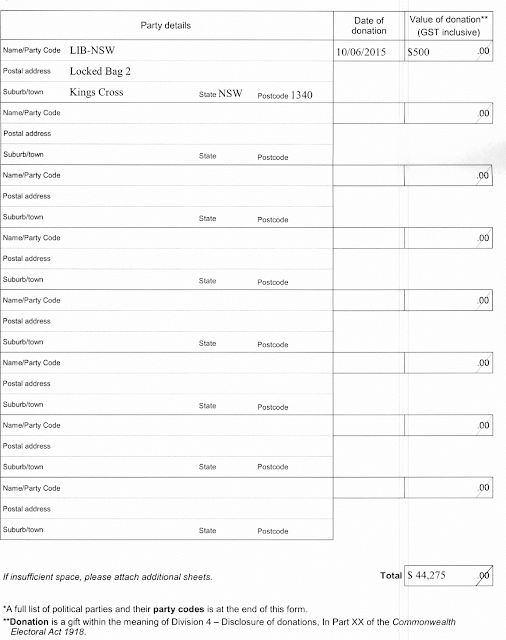 Posted by Ganesh Sahathevan at 10:18 PM

Posted by Ganesh Sahathevan at 7:09 AM