The John Holland-CCCC takeover:: Australian Government approval granted despite Holland's 60 years worth of intelligence gathered from past and ongoing Defense contracts

The 2015 takeover of John Holland Constructions by  China Communications Construction Company  was approved by the Foreign Investment Review Board and the then  Liberal Treasurer Joe Hockey despite JH's more than 60 years experience in providing engineering solutions to the Australian Department Of Defense.

This work included a major subcontract for the Jindalee Over The Horizon Radar system. Work has also been undertaken for other Commonwealth agencies, including Border Force.

In 2011 Holland was  ranked the largest contractor in the Defense facilities sector.These include the  Darwin  Robertson Barracks  project was awarded in 2013; the Darwin Port deal which  was concluded with Landbridge of China at about the same tine gives the Communist Party of China access to almost all US and Australian defense facilities in Northern Australia.
END 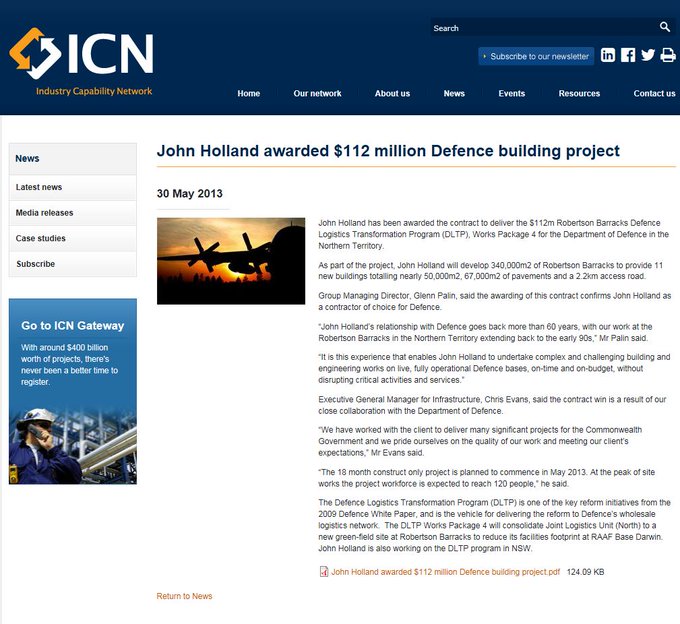