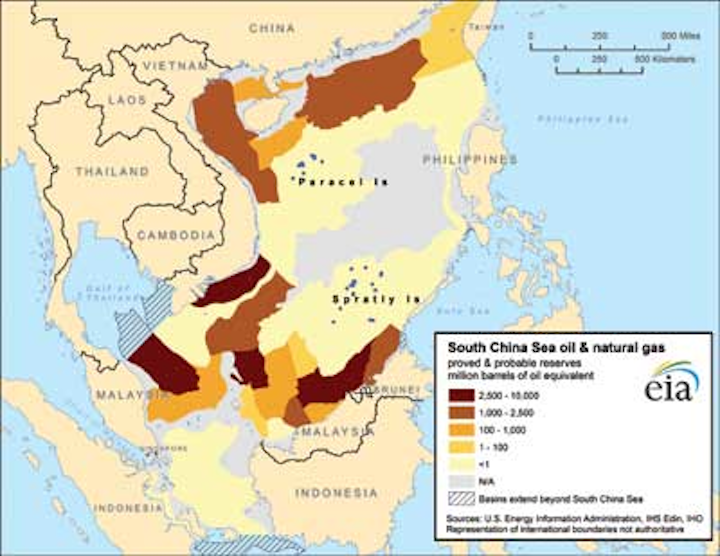 Malaysia has much to lose by giving in to China.Apart from access
to the basins that clearly lie within Malaysia's Exclusive Economic
Zone,there is a system of oil and gas production and collection
which has been built up over more than 40 years.


It has been previously reported on this blog that  China is particularly interested in asserting sovereignty over Luconia Shoals and that the Chinese Coast Guard (CCG) seems to have launched a campaign to bully Malaysia into submitting to at least de facto control of the Shoals and the South China Sea.


Meanwhile, the CCG's habit of having its boats harass if not at least shadow oil and gas company vessels is likely to add to the .costs they incur in their work as production sharing contractors for Petronas. Petronas gets a share of profit oil from the contractors, after they deduct their costs of exploration and production. Malaysia 's membership of ASEAN, and its participation in the ZOPFAN Declaration  has ensured a relatively trouble free South China Sea,,bar the problem of piracy.

Consequently PSC contractors have not had to incur the costs of protecting themselves against the risks of territorial conflict which can include. among other things, the costs of changes in regulatory regimes and the costs of guarding against aggression by the disputing parties.

Oil and gas exploration and even production is a highly speculative business and anything that adds to the risk profile can easily make even existing projects uncommercial.  As a result, Petronas may see a reduced quantum of profit oil, and future revenue may be adversely impacted.
The party ultimately bearing the costs is the Malaysian taxpayer, who will have to bear the burden of making up for a lower Petronas dividend.

The Malaysian Government must know all this, so why it would simply stand aside and allow China to do as it pleases is unfathomable.
END
Posted by Ganesh Sahathevan at 7:29 AM