Jho Low and the seizure of mummy's house: The AMLAFAP Act allows it, and may even allow seizure of the family friend and his NGO's assets;as well as those of the Sydney PR company

Jho Low has an extensive network of lawyers and PR firms working in his defense.While his lawyers might claim legal professional privilege to shield themselves from scrutiny as to the source of Low's fees, his PR firms and supporters may not.
Malaysia's anti-money laundering and counter-terrorist financing laws are  broadly defined and  appear to have been designed to ensure that even the enablers of the crimes do not escape punishment:

(1) Any person who— Act A1467.
(a) engages, directly or indirectly, in a transaction that involves proceeds of an unlawful activity or instrumentalities of an offence;

(b) acquires, receives, possesses, disguises, transfers, converts, exchanges, carries, disposes of or uses proceeds of an unlawful activity or instrumentalities of an offence;

(c) removes from or brings into Malaysia, proceeds of an unlawful activity or instrumentalities of an offence; or

44. (1)
Subject to section 50, an enforcement agency may issue an order to freeze any property of any person, or any terrorist property, as the case may be, wherever the property may be, and whether the property is in his possession, under his control or due from any source to him, if—

(a) an investigation with regard to an unlawful activity has commenced against that person; and

(b) either—
(i) the enforcement agency has reasonable grounds to suspect that an offence under subsection 4(1) or a terrorism financing offence has been or is being or is about to be committed by that person; or

(ii) the enforcement agency has reasonable grounds to suspect that the property is the proceeds of an unlawful activity or the instrumentalities of an offence.

Given the broad definitions, it not unlikely that Yan Lee, who runs the NGO Citizens Awareness Chant Group,and Low's PR firm in Sydney may all be pursued under the provisions above.
Readers should note that the provisions above apply to any property, not merely property acquired with the funds subject of the investigation.
Jho Low and his family's argument that their family home could not have been purchased with 1MDB money is irrelevant.

In an open letter posted on his website, Jho Low called Putrajaya’s attempt to seize the house for allegedly being linked to the 1MDB scandal as ‘ludicrous’. — Picture via Facebook

KUALA LUMPUR, May 30 ― Fugitive financier Low Taek Jho has today provided a copy of his mother’s occupancy certificate on a three-storey house in Tanjung Bungah Park in Penang, insisting again that the property has existed even before 1Malaysia Development Bhd (1MDB) existed.

In an open letter posted on his website, the man known as Jho Low called Putrajaya’s attempt to seize the house for allegedly being linked to the 1MDB scandal as “ludicrous”.

“There is no question that the purchase and building of this family home predated the very existence of 1MDB by more than a decade,” Low said.

“This point is irrefutable, and is supported by a wealth of evidence, including the Certificate of Occupation dated 13 July, 2000.”

The certificate was provided to the media through his United States lawyers.


The letter by Seowchin Architect was addressed to Datuk Larry Law and Datin Goh Gaik Ewe, and had come attached with the occupancy certificate by the Penang Island City Council.

Malay Mail is currently trying to verify the authenticity of the documents.

“My parents worked tirelessly for many decades to provide their children with a safe, comfortable upbringing. Before I was born, my mother enjoyed good success in her investments.

“It is thanks to these prudent decisions that they were not only able to purchase and build 69, Tanjung Bungah Park, but also selflessly donate to and support their local communities for decades similar to my late grandfather,” Low added.

Low, a 37-year-old Penangite, is a key figure wanted over his role in an alleged scheme to defraud the Malaysian government of millions of dollars, possibly billions, through 1MDB dealings. 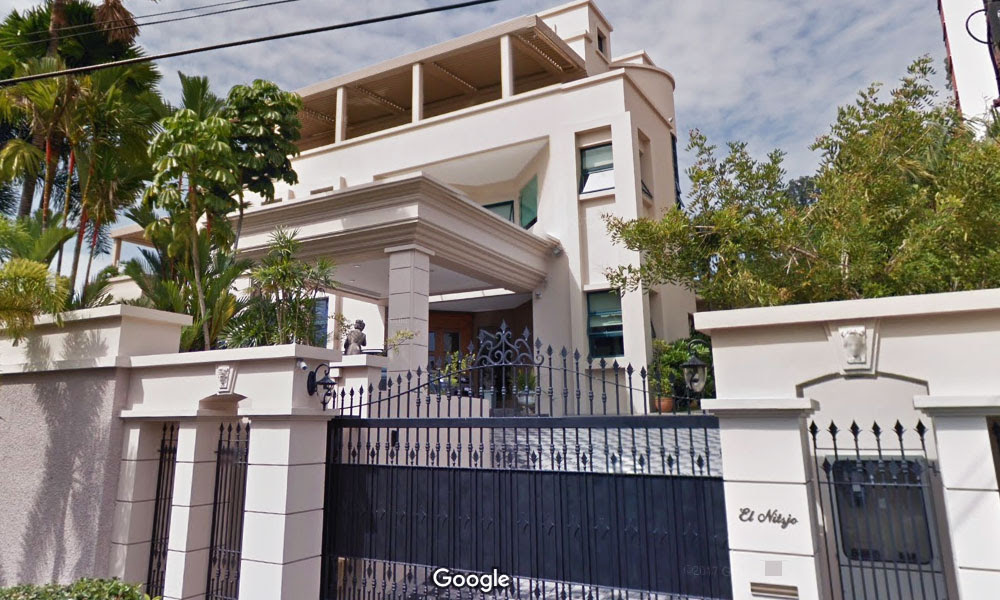 
A friend of 1MDB-linked businessperson Low Taek Jho's family has criticised the seizure of a mansion in Tanjung Bungah by authorities.

Yan Lee, who runs the NGO Citizens Awareness Chant Group, said in a statement today that the bungalow has nothing to do with the troubled sovereign fund.

Yan noted that he has known Low’s parents, Larry Low and Goh Gaik Ewe, for more than two decades.

Echoing Jho Low, he said the Tanjung Bungah bungalow could not be connected to 1MDB as it was built many years ago, predating the scandal.

"If any funds are proven in an impartial court of law to have been misappropriated, they should be recovered.

"But how could this house be connected to 1MDB when it was built long before 1MDB existed?” he asked.

Yan urged the government to comply with the rule of law and said the mansion should not be used as an excuse.


In his challenge on the forfeiture of the bungalow, Jho Low's spokesperson Benjamin Haslem supplied a purported copy of the occupancy certificate last week, signed by Penang Municipal Council representatives in 2000.

The mansion is part of an RM680 million civil forfeiture action filed by the Attorney-General's Chambers against 18 individuals. It includes other assets like handbags, cars and cash, which the government alleges were bought using funds siphoned from 1MDB.

Jho Low, who the police say may be arrested soon, is accused of masterminding illegal transactions that saw US$4.5 billion (RM18.82 billion) allegedly misappropriated from the state fund.

The businessperson has been charged, in absentia, in both the US and Malaysia.

He has refused to return to Malaysia, claiming that he would not get a fair trial in the country. He has also eluded US authorities.

Former prime minister Najib Abdul Razak is already standing trial for 42 charges of criminal breach of trust, money laundering and abuse of power in relation to the 1MDB scandal.
Posted by Ganesh Sahathevan at 9:26 PM