The passing of former Australian Prime Minister Bob Hawke brings to mind a book written by his widow, Blanche d'Alpuget. The book is called Turtle Beach and in 1993 it was the cause of a diplomatic incident between Malaysia and Australia. The book was made into a movie and it showed Vietnamese asylum-seekers being massacred by ethnic Malay villagers as they come ashore.
(Reuters:25 February 1992)

The movie followed ongoing disputes between Malaysia and Australia over the TV series "Embassy", which also took aim at Mahathir.


Diplomatic incident brewing: Mahathir declares Raja Petra a liar,AG NSW and his department insist that RPK is a credible source of information about Mahathir

Readers of this blog and its related Realpolitikasia blog will recall that a Department Of Justice NSW,Australia, document considers this article to be credible:

Ganesh Sahathevan, RPK, Clare Brown, Ginny Stein and the blood money trail.
The story by one Raggie Jessy Rithaudeen states that all the above named and others at the Australian Broadcasting Corporation were paid by Malaysian Prime Minister Mahathir Mohamad millions of dollars to fabricate stories about the 1MDB theft by former PM Najib Razak.


The Thirdforce website is co-hosted on the Malaysia-Today website, which is published by one Raja Petra Kamaruddin who is known as RPK.RPK published the above story on his own website.


Last Friday PM Mahathir told reporters in Malaysia:
“Raja Petra Kamarudin is a liar and you still believe him......”


The  Department Of Justice NSW, and its Minister, the Attorney General NSW Mark Speakman SC  have refused to retract their reliance on the Malaysia-Today/Thirdforce article, despite the obviously false claims in the article, which also claims that Mahathir's payments to the ABC are part of a conspiracy which involves Tony Blair, Donald Rumsfeld, George Soros and he.

Mahathir calling RPK a liar sets the Department,its minister the AG NSW,and the Federal Government on a diplomatic collision course with the Malaysian Government.
Not a bad effort for a state government department whose minister is MP for a constituency better known for its surf.
END Tun Mahathir Mohamad, Malaysia's former prime minister. Picture: Sanjit Das.
Australia’s famously prickly relationship with former Malaysian leader Mahathir Mohamad might not be less tempestuous a second time around with the 92-year-old now seeking re-election as the opposition candidate, and flagging concerns over Canberra’s “Pacific solution” for asylum-seekers and warning “I am not a nice person”.
Only weeks from a likely election battle, Dr Mahathir conceded bilateral relations with Australia are better under current Prime Minister Najib Razak — whose scandal-plagued government is accused of trying to secure re-election through unfair boundary ­realignments and voter incentives — than they were during his 22 years as leader.
Dr Mahathir, who frequently sparred with Australian journalists and was memorably branded a “recalcitrant” by Paul Keating for boycotting the 1993 APEC summit because he favoured an ­exclusively Asian caucus, said ­Malaysia would continue to enjoy good relations with Australia if he was re-elected leader.

But, he said: “It would depend on the situation. I don’t like the way some new immigrants are being treated, the way some boatpeople are being sent to the Pacific Islands, kept there and actually imprisoned there.
“Does it mean I should not say it? I would speak the truth. I don’t try to win support by being very nice. I am not a nice person,” he said with a smile.
On the question of Australia joining ASEAN, which arose ­before last weekend’s Sydney summit when Indonesian President Joko Widodo said he would welcome their membership, Dr Mahathir, 92, said that while “geographically” it made sense for Australia to join the 10-nation group it might not be a good cultural fit. “In terms of sentiment, culture, there is a need to understand East Asian culture on the part of Australia. Some Australian leaders are quite insensitive.”
Dr Mahathir quit Malaysia’s ruling UMNO party in 2016 after speaking out over the alleged misappropriation of more than $US4.5 billion from 1MDB, a state development fund chaired by Mr Najib that the US Department of Justice has described as the worst case of kleptocracy it has seen.
In January he announced a previously inconceivable alliance with the opposition coalition led by his one-time deputy and political nemesis Anwar Ibrahim, who is serving a second prison term on politically motivated sodomy charges and is due to be released in June. Both men have said the ­alliance was driven by an urgent need to topple Mr Najib and UMNO, the party that has formed every Malaysian government since 1957.
Under the partnership, Dr Mahathir will stand as prime ministerial candidate for the opposition Pakatan Harapan and if elected, seek a royal pardon for Dr Anwar on his release so that he may take over the premiership.
“I will not be a passive seat warmer,’’ he said. “The reason why they (opposition) chose me is because of my past ­experience. I know what to do in the first 100 days of becoming prime minister. I have to democratise the country again. I have to limit the powers of the prime minister’s ­office, restore the rule of law.
“All these things I can do in a short time. The big problem comes with the money (Najib) has borrowed, money the country can never repay. The central bank says the debt is more than 800 billion ringgit ($264bn). That will be ­difficult to tackle but I know where some of the money is.”
While his promises to restore democracy have raised some eyebrows in Malaysia, including among opposition politicians jailed for civil dissent during his premiership, Dr Mahathir insisted yesterday: “I am not a dictator.
“When I was in government I did not exercise the kinds of ­powers that Najib does. He does not respect the rule of law at all or the constitution,’’ he said. 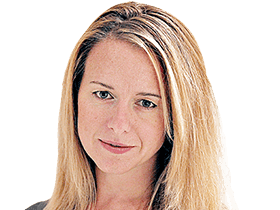 Posted by Ganesh Sahathevan at 7:47 AM