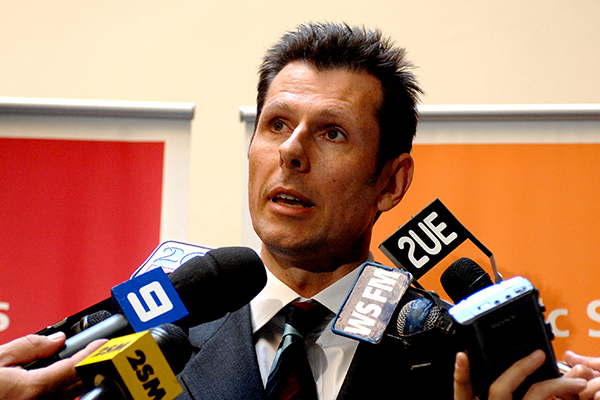 In 2007 the Daily Telegraph reported in a story about the then newly appointed Secretary Department Of Education,Michael Coutts-Trotter :

In 2012 the Sydney Morning Herald reported that ASIO had denied  Coutts-Trotter a security clearance for a junior position at the office of the then Minister For Health.

It seems unlikely that Australia's foreign  intelligence sharing partners were informed of Coutts-Trotter's record,including  that which was created by ASIO.

In his new position as Secretary ,Department of Justice  NSW Coutts-Trotter will have a higher profile and his record will not escape the scrutiny of Australia 's foreign intelligence sharing counter-parts.  It is important to recall that Coutts-Trotter admitted publicly to selling drugs, sourced at least in part  from suppliers overseas. The public who he now serves have never been  provided details about his business associates.

No amount of remorse, repentance, or "insight " can change the fact that his past makes him vulnerable and that he can be easily compromised. .Foreign intelligence agencies, many of which spend considerable resources disrupting drug trafficking networks are not likely to have any confidence sharing information that may get into Coutts-Trotter's hands. This will add to the suspicion that Australia is  a weak link in the Five Eyes intelligence sharing agreement.

See ASIO denied Coutts-Trotter a security clearance for a junior position in Canberra;in his
new job as Secretary ,Department Of Justice ,ASIO will have to provide him access to top
secret intelligence.
Posted by Ganesh Sahathevan at 6:37 PM