PM Jacinda Ardern is to blame for the Christchurch massacre: Pontificating to the world, she failed to secure the safety of her own citizens

New Zealand's Jacinda Ardern was too busy lecturing Trump, Scott Morrison and the world  at large to care about securing her own country.


Her naive speech suggests that she still cannot   appreciate that when you have different cultures forced to live side by side , there will be conflict; and you will need a reinforced security and intelligence apparatus.

Malaysia,Singapore are examples of countries that had,courtesy of the British ,multiculturalism forced upon them,and had to take the hard steps necessary to maintain peace between the races and cultures.
Singapore has even had to import a Gurkha Contingent as a deterrent;the Gurkhas are employed for their ability to execute orders without  question,and without being  troubled by communal loyalties.
END

PM Lee: SPF outsources its work to the Nepalese 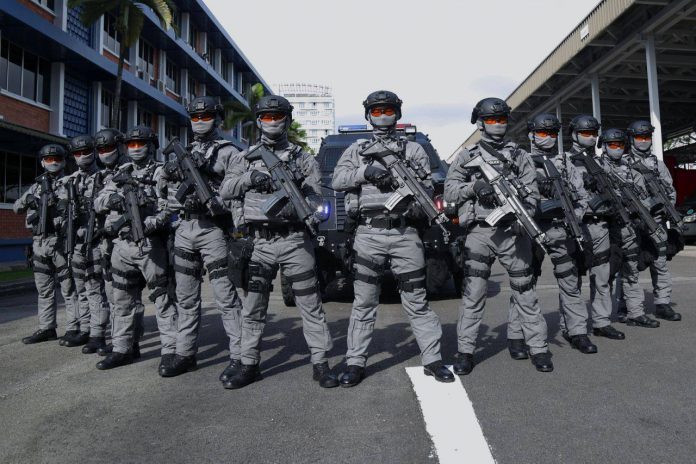 Despite having her very own trained Singaporean army for about 52 years, some of the domestic security work in Singapore are still being taken over by Nepalese Troops. Here’s why.
The recent deaths of servicemen have very much garnered nationwide attention as many questioned the safety precautions of trainings by the Singapore Armed Forces. (SAF) This is further fueled by the death of a 33 year old serviceman a few days ago, as well as the death of the actor Aloysius Pang, which had aroused a major wave of unhealthy skepticism and criticisms regarding the safety measures put in place.
In response,PM Lee has assured that he and the SAF leadership do take “safety with utmost seriousness” in a Facebook post on 15th of February.He even mentioned the importance of seeing “things in perspective when something goes wrong”.
He also added that Singaporeans “cannot outsource our security and defence to anyone else” as “we have to defend Singapore ourselves”.
Despite PM Lee stressing the importance of self-defence, which is heavily maintained by the SAF and Singapore Police force(SPF), why does Singapore still outsource some of her domestic security work to Nepalese troops, who are currently upholding peace and security in Singapore?
The GC, or Gurkha Contingent is a department of the SPF and it primarily consists of Gurkhas from Nepal. Gurkhas are Nepalese troops who used to serve under the British Army during the colonial period. These Gurkhas are well-trained, highly disciplined and very dedicated when performing their tasks. The principal role of the contingent is to be a special guard force, and it is currently used to counter terrorist forces.
These Gurkhas were critical during the 50s and 60s due to their crucial role in maintaining the peace and security during these stormy periods, which were marked by the Maria Hertogh Riots, Hock Lee Bus Riots, 1964 Racial Riots and Konfrontasi.Additionally, the late Mr Lee Kuan Yew also highly valued these Gurkhas as he expressed tremendous trust for them in his memoir ‘From Third World To The First’.
It seemed that such trust did not dwindle and continue to be projected by the government today as they continue to outsource Singapore’s security to Nepalese troops, instead of using self-trained Singaporean servicemen and regulars 100% for the job.
To such an admission, netizens do not take it kindly as many were antagonistic, actively expressing hostile statements on Facebook.
Posted by Ganesh Sahathevan at 4:38 AM