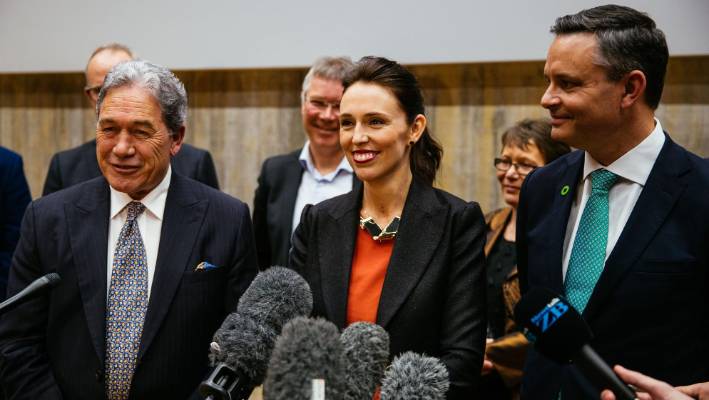 
First see this by this writer:
PM Jacinda Ardern is to blame for the Christchurch massacre: Pontificating to the world, she failed to secure the safety of her own citizens

And now from Anjum Rahman,spokesperson at Islamic Women's Council of New Zealand

Time and again, the media have asked me whether or not I was surprised that this attack happened in our country. I will explain to you why I was not surprised. I will try to convey to you my absolute blinding rage.
The Islamic Women's Council of New Zealand (IWCNZ) was formed in 1989, and Muslim women have connected and gathered throughout the country ever since. Our leadership team has a good idea of what our women are going through and the issues in our daily lives. We know the impacts of mainstream discourses arising from wars and terrorist attacks overseas, and from events such as the publishing of ugly cartoons.
In recent times, we became concerned about the increasing pressure on our communities from rising levels of discrimination in this country, and the social issues that came with that. The issues we were seeing were too much for our community to resolve on a volunteer basis. More than this, the solutions were systemic and required investment by government in programmes and human resources.
So about five years ago, we wrote a comprehensive report of the problems we were facing and sent it to the Ministry of Social Development. We pushed, but as far as we know, nothing concrete was done with that report.
After our community was pushed into the spotlight with the "Jihadi brides" comments of our then Prime Minister, we continually requested engagement with government. The result of those very public requests was a visit by a government minister. We had a very frank and open discussion about our needs. We engaged with this minister more than once.
In October 2016, we met with the SIS (New Zealand Security Intelligence Service) at their request and again laid out the problems we were facing as a community and the help we needed.
We had been in constant contact with then-Race Relations Commissioner Dame Susan Devoy and in December 2016 she convened a meeting with Muslim women, where we brought together everything we had been telling her over the year. She committed to using all her influence to help us and was an absolute champion for us. She has shown amazing courage in challenging the public service.
In January 2017, we met with the Department of Prime Minister and Cabinet and laid out our concerns. In March 2017, the Human Rights Commission and the State Services Commission organised a ful- day meeting with heads of government. Various Muslim organisations presented to these very senior public servants.
At that meeting, IWCNZ put forward the major problem we were facing and the impacts of discrimination on our community; what we needed from government and what we could offer in support from our community. We explained that the solutions we were suggesting would benefit all minority communities and New Zealand as a whole. Prime Minister Jacinda Ardern comforts a woman at the Kilbirnie mosque in Wellington today. Photo: RNZ/Ana Tovey
At that meeting, we were absolutely clear about the urgency of this. We were absolutely clear about how exhausted and close to breaking the Muslim women's leadership team were. We told them about our concerns over the rise of vitriol and the rise of the alt-right in New Zealand.
We asked them what resources were being put in to monitoring alt-right groups, something we had also asked the SIS.
I can't even explain the tension and stress we went through going into that meeting. From the government side, there were arguments about who would attend that meeting. This meeting should have been focused on our community and its needs, but the Office of Ethnic Communities (OEC) chose to make it about themselves. The then acting director resigned on the morning of the meeting and they sent no representative to hear us out.
The two of us who presented, Aliya Danzeisen and myself, had very strong concerns for our personal safety - in an emotional and reputational sense. And those fears came to fruition during the year as we were attacked in various ways and our community was divided by the actions of some public servants.
In August 2017, we met the Department of Internal Affairs in Hamilton. Again, we explained how urgent this was, how exhausted we were, what action was needed from government. We engaged with the Department of Internal Affairs and Office of Ethnic Communities over the next few months, pushing as hard as we could for what we needed, but it wasn't forthcoming. We asked for action at a national level but kept being told that any programmes would be in Waikato only.
After months of frustration, Aliya wrote to the State Services Commissioner demanding action be taken. With the support of the Race Relations Commissioner, we met with SSC In January 2018. At that time, we also met with DIA, OEC and two government ministers from the new government. Again, we talked about the effects of discrimination, the issues in our communities, the rise of the alt-right and the increasing level of vitriol we were seeing online and in person. It was the same material, and we kept repeating it.
We have received no significant funding.
After all this work, what we got was an agreement from DIA to fund a government advisory group, but they did not fund our time. Even though they knew we were still exhausted to breaking point, with the added burden of spending hours and days pushing government to act, we were expected to continue on a volunteer basis.
We had to push for funding for a report writer, and I can't say at this time where our report is at.
So here we are.
At least five years of solid government engagement across a National-led and then a Labour-led government. We begged and pleaded, we demanded. We knocked on every door we could, we spoke at every forum we were invited to.
At a major security conference in February 2018, Aliya challenged the sector: if you can spend so much on surveilling our community, why can you not spend on preventative programmes?
Yesterday, the chair of the Islamic Women's Council, Dr Maysoon Salamah, lost her son after hours of surgery. He was shot twice. Her husband was shot in the lower head and has had two surgeries. Her first words to Aliya Danzeisen were "They took my heart".
This is how a heart breaks. This is how our world is torn apart.
I would ask you to picture this: what if the shooting had been a Muslim perpetrator, and it was 50 non-Muslim New Zealanders who had been shot? Would our community be receiving the same level of support that we have today?
Imagine what the media commentary would have been like. We would not have been able to leave our homes, the level of retaliatory attacks on our community would have been swift and immediate, and the police would have struggled to provide any meaningful protection.
That was the fear that we, the leadership of the Muslim community, carried in our hearts every day. That was a major reason why we put so much time and energy into begging government to help us. Attack on our community was the second reason.
No, New Zealand media, we are not surprised. Why would we be?
I will leave you all with this: I want, I need accountability. My community wants and needs accountability. I need those public servants to sit in front of all of us who presented to them in March 2017 and tell us what they have done since. Tell us what resources and programmes you put in place. I want the politicians from both parties that we personally spoke to, to sit in front of us and tell us what they did as a result of our meetings with them.
We need answers.
* Anjum Rahman is spokesperson at Islamic Women's Council of New Zealand
Posted by Ganesh Sahathevan at 3:32 AM