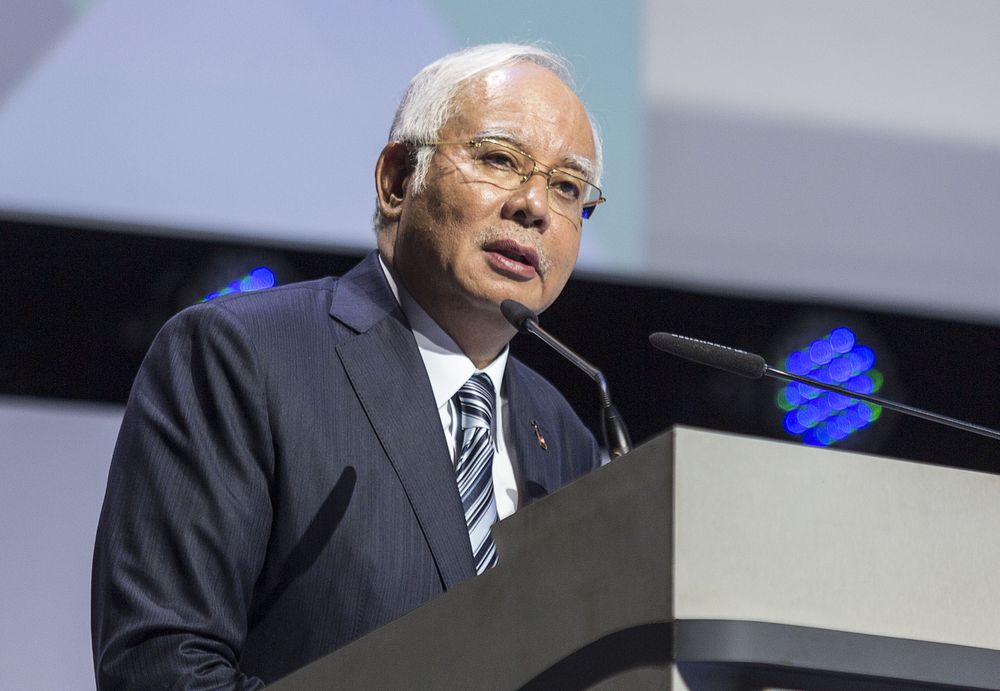 The IRB decided to review the tax treatment of the donation in June
last ,after the change in government.


The Edge has reported this morning:
The Inland Revenue Board (IRB) has slapped Datuk Seri Najib Razak with an extra tax bill of around RM1.5 billion for 2011-2017.
Based on its investigations, the IRB has assessed that Najib had not declared taxable income of close to RM4 billion for the period. Sources say the amount included the infamous RM2.6 billion that Malaysian and the US investigators say originated from 1Malaysia Development Bhd (1MDB).


The Inland Revenue Board's assessment confirms the analysis below by this writer published more than three  years ago on this blog  of the taxes payable on Najib's Saudi "donation" ,accepting that he honestly believed that it was a donation.
END


On the matter of the RM 2.6 billion donation to PM Najib: A tax bill of RM 650 million plus interest is payable,contrary to denials

PM Najib may be liable for a tax bill of RM million on that "donation" of RM 2.6 billion  he himself has said he holds on trust. The liability arises out of the very fact that he is, by his own words, the sole trustee.

Malaysian tax law makes trustees liable for trust income at the highest individual tax rate of 25% and while the issue of Najib's personal liability has been rubbished by various parties, none have said anything about his liability as trustee.  Given the amount received totals approximately RM 2.6 billion, tax at a rate of 25% gives rise to a liability RM 650 million in the year it was received. Given the delay in declaring that income, interest , and possibly penalties would normally  be added.


This writer anticipates that there will be counter-arguments about the the nature of the payment being a donation , not income, but those are not likely to help Najib avoid liability.
First, as  has been previously reported on this blog  the RM 2.6 billion donation was not described by the payer as a donation (see below).This has not been since refuted , but regardless of how Najib describes the payment, he is liable , and  it is by his own words that the liability arises. It was he and his office who said the he held that money on trust.The purpose and objectives of the trust  are not relevant to the calculation of that liability.
Then, even if one accepts that it was a donation, that may  not make Najib as a trustee tax exempt.
Donation or not, he received the money on trust in the course of his work as a political leader.
As to whether a trust exist, let us not waste time on rubbish arguments about a trust needing to be "registered" , or "verified" or being "authentic" .Those issues have already been addressed by the very laws that Najib oversees as Prime Minister and Finance Minister.


On the matter of the US$ 681 million donation to Prime Minister Najib Razak: Sender did not describe payment as a donation

by Ganesh Sahathevan
The Malaysian Prime Minister Najib Razak has said that  someone has sent him a donation of US$ 681 million, via Wells Fargo Bank of New York, using a BVI company (since liquidated) called Tanore Finance. That company was a client of Falcon Private Bank Of Singapore, which was the ordering institution for that wire transfer.

The Wall Street Journal which broke the story of that massive "donation" hasplaced on-line the relevant documents.

Readers are referred to pages 2 and 3 of the documents,and to the items marked70-Remittance Information.
Curiously the transfers  (the sum total was paid in two amounts)  are  described as  "Payment" and not " Donation".
This is not a matter of mere semantics.In these days of heightened controls on the transfer of funds, given the fear of terrorist financing, descriptions are important , even for very small sums. In this case where that large amount of money was being transferred to an individual the description becomes even more important.


Readers may also be interested in item 71A Details o Charges
"SHA" means charges are shared and it is again curious that such a generous donor would want the recipient to share in the charges for the transfer.
A PDF copy of the documents may be sighted at :
https://s3.amazonaws.com/s3.documentcloud.org/documents/2158723/1mdb-documents.pdf

Posted by Ganesh Sahathevan at 6:44 PM