PwC and 1MDB: The Southern Bank takeover suggests PwC does not have the skills for this job;and has itself caught in (another) conflict of interest 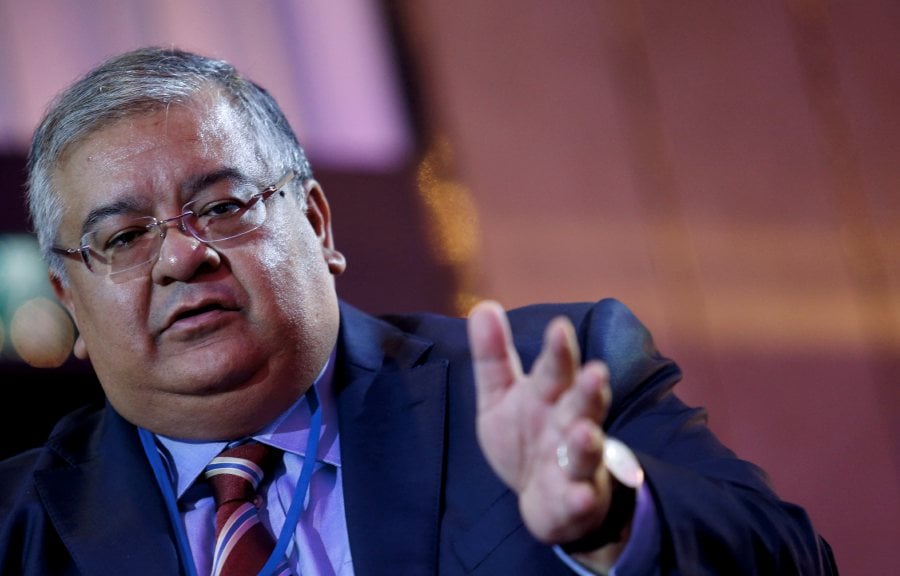 Faiz is 1MDB exco chairman, part of PwC services to the company


Interesting to see that PwC has broken a cardinal rule -you cannot audit yourself-in the search for fees.The Edge reported:

“Pursuant to the announcement made on the appointment of the exco members on June 25, 2018, the board of directors is pleased to clarify that Datuk Mohammad Faiz Azmi’s appointment as the chairman of the exco is part of the scope and services provided by PricewaterhouseCoopers Advisory Services Sdn Bhd to 1MDB.

“PwC is assisting the board and the exco in recovering 1MDB’s assets and in managing the company’s debt,” 1MDB said in a statement.

On June 25, 1MDB announced Mohammad Faiz’s appointment to the exco that was entrusted with managing the day-to-day running of the company.

Besides Mohammad Faiz, other members of the exco are Datin Rashidah Mohd Sies and Datuk Wan Mohd Fadzmi Wan Othman.


Unfortunately,  that is not all. Faiz is also believed to have advised Bumiputra-Commerce Holdings Bhd on its takeover of Southern Bank Bhd. He missed some gaping holes in Southern Bank's balance sheet ,which then became ,at least in part , too big to hide by 2000 when BCHB got (you guessed it) PwC to audit the audited accounts. The RM 160 Million overstatement of accounts was quite likely an understatement.

Compared to the 1MDB losses, the Southern Bank losses were all local and easily proven. Faiz and PwC could not uncover that loss;it is hard to see how they will unravel the 1MDB mess.

Analysts: Overstatement of SBB’s assets no impact on BCHB
By Gan Yen Kuan
553 words
4 June 2007
The Edge Financial Daily
THEDGE
English
(c) 2007 The Edge Communications Sdn Bhd
Southern Bank Bhd’s (SBB) “inappropriate accounting treatment” that resulted in an overstatement of RM160 million in its net assets as at Dec 31, 2005 (FY05) will not have a significant impact on Bumiputra-Commerce Holdings Bhd (BCHB), said analysts.
MIMB Investment Bank Bhd research head Pong Teng Siew said the overstatement, representing 2.4% of the RM6.7 billion BCHB paid for SBB, would possibly be treated as goodwill, thus the only impact on BCHB’s book would be the increase in goodwill.
“It’s not something that is really significant. Accounting treatment issues are always contentious. It’s not as major as to the Transmile case,” he told The Edge Financial Daily.
Another analyst said BCHB would just need to restate the amended figure in its FY05 results report.
“It’ll be just standardising the financial reporting (of SBB) to follow BCHB’s standards including provision policy. It will not affect its earnings,” he added.
The Edge weekly reported on May 21, quoting sources, that BCHB hired PricewaterhouseCoopers (PwC) to determine if SBB’s FY05 financial statement reflected a “true and fair disclosure” of its financial position then. Deloitte KassimChan audited SBB’s FY05 financial statement.
The issue was relevant in so far as it was not known to what extent BCHB had relied on the 2005 financial statements when pricing SBB.
Following the news report, BCHB told Bursa Malaysia last Friday that PwC’s review of SBB’s FY05 audited financial statements revealed there were indeed “inappropriate accounting treatments” of certain transactions.
It said these accounting treatments related to “inappropriately valuing certain derivative financial instruments entered into by SBB, not writing down in full the collateral value and wrongly writing back specific provisions made on certain foreclosed properties relating to non-performing loans aged seven years and above, and non-expensing of certain costs incurred.”
BCHB added that these accounting treatments had been corrected in its book as at June 30, 2006, and that no further amendments or corrections were required.
Asked what might have led to the “inappropriate accounting treatment”, Pong said the management might have practised “earnings management”.
“All companies are trying hard to show a smoother earnings growth. It’s a matter of interpretation (of the financial reporting standards). If this (earnings management) is wrong, then almost all companies are guilty,” he said.
BCHB had also said it would deliberate further on possible courses of action to enhance corporate governance and professional standards.
Commenting on these courses of action, Pong said that would likely mean internal control rather than legal action towards those accountable for the incident.
“I doubt so (legal actions). It will be more of ensuring that all staff adhere to accounting standards,” he said.
However, another analyst said directors were always held accountable for such fraud, and BCHB’s so-called courses of action may possibly mean bringing the case to civil court.
“Of course, (they will take legal action) if they want to. There can be arguments over what ‘inappropriate’ means. Is it just inappropriate according to their standards, or an utterly illegal practice?” he said.
Meanwhile, BCHB group chief executive Datuk Nazir Razak told The Edge Financial Daily that “the announcement is comprehensive enough”. He declined to elaborate.
The Edge Communications Sdn Bhd.
Document THEDGE0020071101e364000ko
Posted 12th July 2018 by Anonymous
Posted by Ganesh Sahathevan at 2:43 PM