Malaysian company Global Ikhwan Holdings Sdn Bhd (GISB Holdings) is part of the Al-Aqram sect, banned in that country since the mid-90s.
Al-Arqam financed its activities via a string of companies, whose activities were curtailed after the  ban. However, the GISB has found NSW and Sydney are far more welcoming place to do business and promote its activities, all under the watchful eye of the premier Gladys Berejiklian , her Attorney General Mark Speakman SC,and his Department Of Justice. 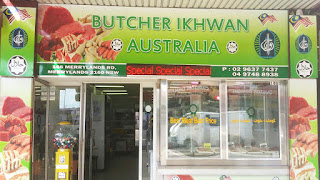 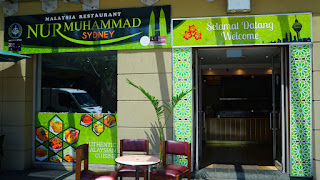 Posted on 10 June 2013 - 10:44pm
Last updated on 11 June 2013 - 09:47am
Print
KUALA LUMPUR (June 10, 2013): The remnants of Islamic religious sect Al-Arqam may still pose a threat to national security although the group had been banned by the government almost 20 years ago.
This is despite the death of its founder Ashaari Muhammad – affectionately known as "Abuya" and regarded as "God" by his followers – three years ago.
Commenting on a newspaper report that Al-Arqam was carrying out activities despite the group being banned since 1994, Deputy Inspector-General of Police Datuk Seri Mohd Bakri Mohd Zinin said police had kept a close watch on the group.
"We are monitoring them to ensure they do not threaten national security," Bernama quoted him as saying today.
Mohd Bakri said police will give its full cooperation to enforcement agencies responsible for handling deviant teaching groups.
Ashaari, who was chairman of a company called Global Ikhwan Sdn Bhd, died at the Ipoh Specialist Hospital of lung infection in 2010.
The activities of Al-Arqam, or Jamaah Aurad Muhammadiah, reached a peak in the late 80s and 90s, when it was reported to have about 10,000 followers and its own commune in Sungai Penchala.
The movement's apparent radicalism first alarmed the authorities when a number of Malaysian Al-Arqam students were arrested in Cairo for associating with Islamic extremist groups in Egypt, and evidence revealed that the movement was preparing for armed rebellion.
In September 1994, some of its leaders – including Ashaari who was arrested in Thailand – were detained under the Internal Security Act.
The commune settlements were all closed and all former members prohibited from "intermingling" to revive the movement.
Ashaari was later released following rehabilitation and restricted to live in Labuan for about 10 years.
An attempt to revive Al-Arqam teachings became apparent when Ashaari's widow, Hatijah Aam, was arrested along with nine followers at the KL International Airport (KLIA) on her return from Saudi Arabia on May 13.
She will be prosecuted by the Selangor Islamic Religious Department (JAIS) in November for trying to revive Al-Arqam teachings.
Hatijah could also be charged under Section 12 (C) of the Selangor Syariah Criminal Enactment 1995 for insulting religious authorities.
A number of activities sponsored by the group, which have attracted widespread attention and criticism, include the Ikhwan Polygamy Club and the Obedient Wives Club founded by Hatijah, which are seen as attempts to revive Al-Arqam.
The group, led by Hatijah, recently held a "spirits parliament" from June 2-4 in Jitra, Kedah, to explain the arrest of followers of Global Ikhwan Sdn Bhd (GISB).
Islamic Development Department (Jakim) director-general Datuk Othman Mustapha said Jakim is working with state islamic religious departments to gather information on Al-Arqam activities.
Bernama quoted Othman as saying Al-Arqam, via GISB, had opened restaurants and retail shops overseas, including in Saudi Arabia to show members that the group is still active.
"The business activities did not generate much profit. They also performed concerts and pantomimes promoting the ideals and beliefs of the group," he said.
He added that to convince members of the group's 'true teachings', Hatijah also opened several business outlets in Mecca and Medina.
They also distributed brochures in hotels frequented by Malaysian pilgrims in Mecca to promote their businesses and activities.

PHOTO: Gosford Council is investigating activities on the property, where up to 50 people are believed to be living.
Mangrove Mountain residents are seeking answers from Gosford City Council about a mysterious farm which has been established on land, intended for an international agricultural boarding school.
The Council is investigating activities on the isolated property, where up to 50 people, including women and children, are believed to be living and farming goats and cattle.
According to a fence sign, the group is part of a Malaysian organisation known as Global Ikhwan SDN BHD, which was previously linked to a banned Islamic sect.
The sect, al-Arqam was banned in Malaysia in 1994 because of its deviant doctrine and practices.
The ABC contacted a member of the group, who confirmed goats as well as dairy and angus beef cattle were being farmed on-site but downplayed the number of people living there.
He refused to be drawn any further.
The ABC understands council officers inspected the property earlier this year and identified several unauthorised structures.
Locals have complained about it and want to know why nothing has been done.
"The concern is it's an unauthorised development, " said one resident who does not want to be identified.
"My personal concern is the welfare of the people living there.
"Children...are they attending school?
"Hygiene - is there effluent run-off from intensively grazed animals and humans going into the protected area?" they said.
The Wisemans Ferry Road property was at the centre of a controversial proposal to build an private international agricultural boarding school in 2013.
Residents along with Gosford Council staunchly opposed the plan, citing environmental concerns and a lack of detail about the development.
It was initially rejected by the local Joint Regional Planning Panel but successfully appealed in the Land and Environment Court several months later.
The ABC has contacted the proponent for comment.
Topics: islam, local-government, rural, community-development, mangrove-mountain-2250
More stories from New South Wales
Posted by Ganesh Sahathevan at 6:20 PM