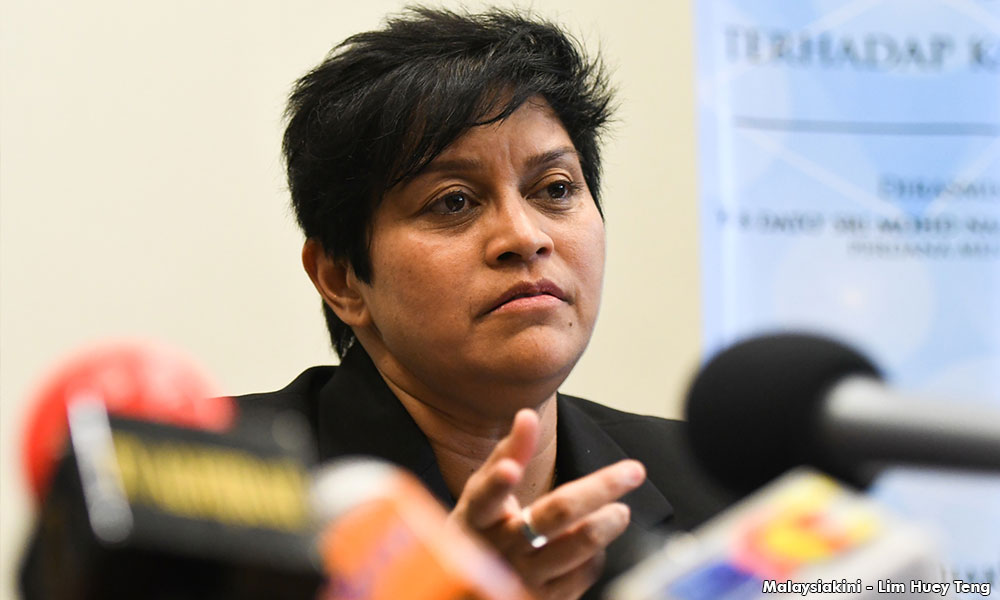 "I've said it openly. Obviously if you read the documents, it is the Prime Minister," the BBC quoted him as saying in an article titled Who is Malaysian Official 1? Case closed published on its website on Thursday.


"Only the courts can answer who is MO1 after this law is passed," she told the Dewan Rakyat.

The "Malaysian official 1," named 32 times in the U.S. Department of Justice lawsuit seeking to recover assets allegedly funneled away from troubled state fund 1MDB, is Prime Minister Najib Razak, a senior government official said.
Abdul Rahman Dahlan, a minister in the prime minister's department and strategic communications director for political coalition Barisan Nasional, said in a statement on Thursday evening: "It's obvious that the so-called 'Malaysian Official 1' (MO1) referred to by the U.S. Department of Justice is our prime minister."
The statement confirmed a BBC report earlier Thursday citing Rahman's comments in an interview.
Rahman's statement noted that Malaysian official 1 was only referred to in the civil suit, not named as a subject, calling the difference "black and white." Rahman blamed Najib's political opponents for "deliberately mixing the two up to deceive the Malaysian people."
He claimed "comprehensive investigations by multiple authorities" have cleared Najib of wrongdoing.
You can read the full BBC report here.
In July, the U.S. Department of Justice moved to seize more than $1 billion of assets tied to an alleged international conspiracy to launder funds funnelled away from 1MDB, including funds related to the film "The Wolf of Wall Street."
That complaint said officials at 1MDB, their relatives and other associates diverted more than $3.5 billion from the state fund and laundered it through complex transactions and shell companies with bank accounts in Singapore, Switzerland, Luxembourg and the U.S.
The producer of "The Wolf of Wall Street," Red Granite Pictures, was co-founded by Riza Aziz, Najib's stepson.
Riza was named as a "relevant individual" in the complaint, but Najib wasn't named. However, media have reported, citing unnamed sources, that the complaint's 32 references to "Malaysian Official 1," who allegedly received hundreds of millions from 1MDB, were to Najib.
Najib has repeatedly denied wrongdoing, as has Riza and Red Granite Pictures.
When asked for comment via email on Thursday, the Malaysian prime minister's office referred to official statements made in July.
One from the prime minister's office said the Malaysian government would cooperate with any lawful investigation and another from Malaysia's Attorney General's office disputed that any investigation had found evidence that funds were misappropriated from 1MDB.
Questions about movement of funds from 1MDB came to widespread attention a little over a year ago, when the Wall Street Journal reported that in 2013, nearly $700 million had flowed from the debt-ridden fund to Najib's personal bank account.
Najib has repeatedly denied wrongdoing and, under pressure from the outcry caused by the WSJ report, said the funds were a private donation from a Middle Eastern country he declined to name at that time. He has denied benefiting personally from the funds.
In January, Malaysia's Attorney General Mohamed Apandi Ali said that Saudi Arabia's royal family gave Najib a $681 million gift, of which Apandi said about $600 million was later returned.
Apandi said that no criminal offense had been committed. But globally, investigations into 1MDB in locales as varied as the U.S., Switzerland, Singapore and the Seychelles have continued.
Follow CNBC International on Twitter and Facebook.

Leslie ShafferFormer Senior Writer
Posted by Ganesh Sahathevan at 4:09 AM