Loans to and from IPIC, China may be clawed back : Implications of not obeying Malaysia's External Loans Act 1963 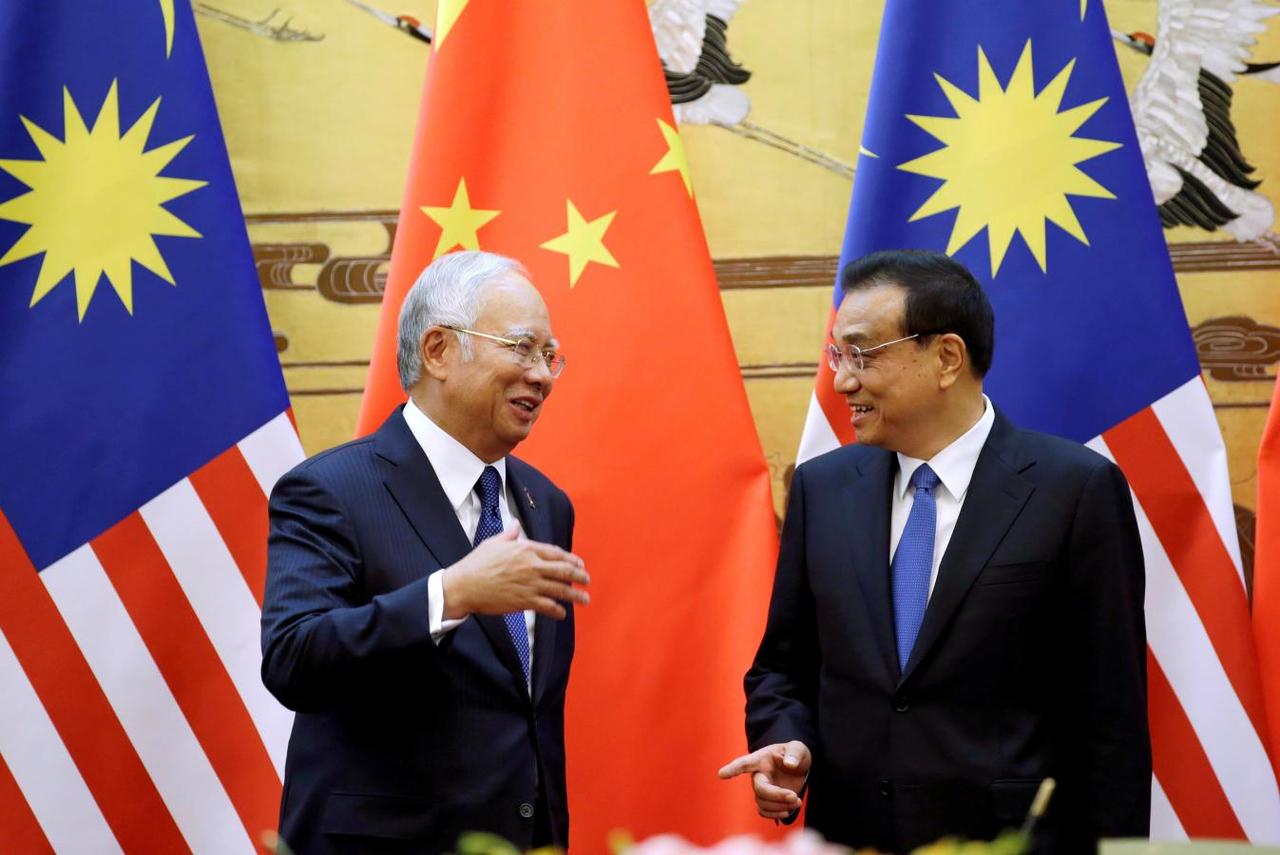 Malaysia's Prime Minister Najib Razak and China's Premier Li Keqiang attend
a signing ceremony at the Great Hall of the People, in Beijing, China, Najib
seems to have forgotten that he needs the approval of Parliament for his China and
IPIC funding deals..


It was almost three years ago that Najib Razak's government entered into a series of deals with Abu Dhabi's IPIC with the intention, we now know, of defeating the criminal investigation by the US Department of Justice ,and other national enforcement agencies into 1 MDB, the Malaysian Government and Najib Razak , the Prime Minister and Finance Minister.


That intention alone is enough to make the IPIC deal, which has now it seems been expanded to include the Chinese Government ,illegal and allow for all Government Of Malaysia monies injected into these deals to be clawed back.


Over and above that issue is the matter of illegality for failure to obtain the approval of the Malaysian Parliament .As this writer pointed out in 2015, the IPIC debt deal was announced without it being deliberated by Parliament.Subsequently it does not look like it has been gazzetted, as required by Malaysia's External Loans Act 1963. The same now extends to all subsequent and related IPIC deals, as well as the deals with Beijing.


IPIC cash injection against the laws of Malaysia? Malaysia's External Loans Act 1963 may mean IPIC gets nothing

by Ganesh Sahathevan
The 4th of June 2015 was the date by which the Government of Malaysia (GOM) said the UAE's  International Petroleum Investment Company  (IPIC) would settle its debt of approximately USD 1 billion  owed to a consortium led by Deutsche Bank.
Recall however that this  debt deal was announced without it being deliberated by Parliament.Subsequently it does not look like it has been  gazzetted, as required by Malaysia's  External Loans Act 1963.
Prima facie it does appear as if the GOM is not allowed by its own laws to accept funding in any form from IPIC,or from anyone else for that  matter , unless duly authorized by Parliament. For IPIC this means that even if that USD 1 billion has been payed over,whatever the GOM has promised pursuant to the deal may be ruled  illegal, and IPIC may not get anything in return.
The relevant legislation is provided below for reference,and readers are reminded that these rules are in place to ensure that government spending and borrowing is properly regulated,and politicians are restrained from driving  the country off a fiscal cliff.
END
AUTHORITY TO BORROW Power to raise external loans, and application of sums raised
2. (1) The Minister (that is to say, the Minister for the time being charged with responsibility for finance) may from time to time raise loans outside Malaysia— (a) for the purposes of the Federal Development Fund or some one or more of those purposes; or (b) for the repayment or amortization of loans raised outside Malaysia, whether under this section or not.
(3) The sums raised under this section shall not exceed the sum specified from time to time by the Yang di-Pertuan Agong by order published in the Gazette and such order shall as soon as possible after its publication be laid by the Minister before the Dewan Rakyat; and in applying this subsection sums raised in a currency other than ringgit shall be converted into ringgit as at the day when the amount to be raised is determined and by the use of such rate of exchange as the Governor of Bank Negara may certify to be then appropriate
(4) Subsections (1), (1A) and (2) shall authorize the Minister to include among the terms and conditions of any external loan provisions for exemptions from taxes or for exempting from exchange control the debt charges or any description of debt charges in respect of an externalloan; and the Minister shall by order make such provision as he considers necessary to give effect to any such exemption from tax or from exchange control, and any such order shall have effect notwithstanding anything in any written law relating to the tax, or to exchange control, as the case may be.
(6) All debt charges in respect of any external loan shall be charged on the Federal Consolidated Fund (as provided by Article 98 of the Federal Constitution), and subsections (1), (1A) and (2) have effect subject to that Article. (7) In this section “debt charges” includes interest, sinking fund charges, the repayment or amortization of debt, and all expenditure in connection with the raising of loans and the service and redemption of debt created thereby
http://www.agc.gov.my/Akta/Vol.%209/Act%20403.pdf