The day Chinese in Malaysia are" targeted",is the day the PLA will land in Subang,KLIA, Kuantan Port,Port Klang............

These are dangerous words, given that the Peoples Liberation Army and the PRC government have made their position on such matters  clear:

The (PLA)  should also act as a deterrent against those who attempt to harm Chinese people. We will not allow any repeat of such tragedies as the May 1998 riots in Indonesia, in which some 1,200 ethnic Chinese were killed.

And of course, there is also much invested in Malaysia for China to defend:

It is useful to keep in mind that China's has already,in the recent past,shown that it will intervene in Malaysia as it sees fit:


If what Najib threatens becomes evident, PLA and PRC intervention in Malaysia is probably a given.
END

Chinese the first to be targeted if there is no peace, PM fears 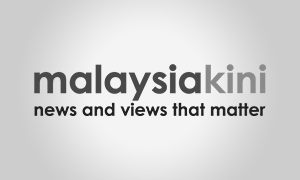 
The Chinese community would be targeted should Malaysia ever descend into chaos, Prime Minister Najib Abdul Razak said.

This Najib said, is why the government is committed to keeping the country peaceful.

"That is why we are a moderate government, we are committed to the peace and harmony, mutual respect to this country.

"We fight the Islamic State (terrorist group), we make sure they don't harm Malaysians including the Chinese in Malaysia," he said in his speech at the “Malaysian Chinese Patriotic Rally” held at the Putra World Trade Centre today.


First, the PLA should protect Chinese people overseas. It should participate in international peacekeeping operations to provide a safe environment for overseas Chinese workers. When there is a war, riot or political disturbance, the army should be able to evacuate Chinese people swiftly. The PLA is also responsible for rescuing Chinese hostages in the event of such crises, and this is especially pertinent at a time when pirates, terrorists and armed kidnappers are operating on a greater scale in many parts of the world. The army should also act as a deterrent against those who attempt to harm Chinese people. We will not allow any repeat of such tragedies as the May 1998 riots in Indonesia, in which some 1,200 ethnic Chinese were killed.
Second, the PLA should protect national and personal wealth overseas. So far, China's total investment abroad has reached US$50 billion and by 2020, the figure will surpass US$1 trillion. In addition, the total value of all overseas real estate owned by Chinese people stands at around US$3 trillion. The economic interests China has in other countries are crucial to the sustainable development of Chinese economy.
Third, the PLA should ensure the security of marine energy and resources. The oceans are abundant with energy and resources. China currently has 1,628 deep-sea fishing boats operating in the exclusive economic zones of 37 countries, as well as the open seas of the Pacific, Atlantic and Indian oceans, and the waters near the South Pole. However, the oceans and coastal regions are susceptible to attacks by pirates, terrorists, illegal armed forces and political disturbances. This makes it hard for the PLA to maintain maritime security.
Fourth, the PLA should ensure the security of strategic sea lines of communication. China relies heavily on foreign trade and more than 90 percent of China's exported cargos are freighted by sea.
Maritime vessel protection, the evacuation of Chinese nationals overseas and emergency rescue have become important ways and means for the PLA to safeguard national interests and fulfill China's international obligations. Despite its growth, however, the PLA is unable to fully protect the needs of China's overseas economic development.
First, the PLA's transportation capacity is insufficient. China has an urgent need for large amphibious assault ships and military transport aircraft. Existing craft are ill-suited to carrying out large-scale evacuations. When riots broke out in Libya, the Chinese government had to use merchant ships and rent foreign ships in order to evacuate Chinese nationals. China currently has 10 Ilyushin Il-76 aircrafts at most, each of which has a payload of 40 tons -- roughly one-third of the capacity of the Lockheed C-5 Galaxy, which is the largest military transport aircraft available to the U.S. military. The Yun-20 military transport aircraft, wholly developed by China, can carry a load of 65 tons. Hundreds of Yun-20 aircraft would be required in order to undertake a strategic airlifting task.
Second, China's forward military presence is weak. The U.S. Navy is deployed worldwide and is therefore capable of engaging in peacekeeping missions or wars in coastal regions. Military presence is important to the U.S. government's diplomatic and national defense policies.
Third, the PLA needs to deepen international cooperation. In the White Paper, China made its first reference to cooperation with foreign military forces, indicating that the issue has caught the attention of the authorities. There is no question that China is seeking genuine partnerships to promote cooperation with regard to joint defense.
Fourth, China needs to build up its military capacity to show its will and determination. As the Commander-in-Chief of the Russian Air Force Colonel-General Alexander Zelin said, waving your fist 100 times is not as powerful as flapping a bomber's wings once.
According to former U.S. Secretary of State Henry Kissinger, deterrence is based on three main factors: military strength, willingness to employ it, and effective information transmission. China's 2013 national defense White Paper declared that the scope of China's national interests is within the framework of international laws, the PLA remains resolute in protecting the country's overseas interests and China's determination to develop its military strength to cope with its economic development is absolute. The White Paper also clearly identified potential threats to China and showed the PLA's confidence and competence to better deter and, if necessary, prevail in any conflict, however large.
The author used to serve as a colonel with the General Staff of the Chinese People's Liberation Army (PLA).
This post was first published in Chinese and translated by Chen Xia.
Opinion articles reflect the views of the authors, not necessarily those of China.org.cn.
Posted by Ganesh Sahathevan at 7:22 PM