Rosmah and the pink diamonds-Anyone can take action against Rosmah in the US,and the courts need only consider a State Dept application for immunity


In addition ,the US system is not one of automatic immunity. Anyone can commence action in the US against Rosmah Mansor for  recovery of  the diamonds, and it will be then up to the US State Department to make what is called a suggestion of immunity, which the court can reject.


Rosmah Mansor of the pink diamonds coming to the USA-Will sovereign immunity be granted,and how can it be justified, given the theft of 1MDB money in New York

Rosmah Mansor, who wll soon accompany her husband Najib Razak on an official visit to the White House, to meet with President Trump. 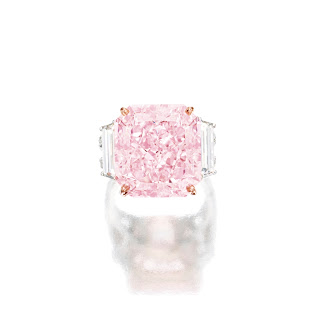 Accompanied by GIA report no. 2115637296 stating that the
diamond is Fancy Intense Pink, Natural Color, VS2 clarity.
Together with a letter
from the GIA stating that the diamond has been determined to be type IIa

The DOJ's complaint alleges that the diamond above and others were acquired with funds stolen from 1MDB during a trip the New York, placing the Rosmah and the crime within US jurisdiction.

Avoiding prosecution for that and possibly other 1MDB related crimes will require the Malaysian Government to request that sovereign immunity be granted Rosmah, for it does not extend to the spouse of a visiting head of government or head of state.

It will be interesting to see on what basis the US State Department justifies extending that immunity to Rosmah.
END


Rosmah Mansor acquired diamonds paid for with 1MDB money in the US,placing herself within the jurisdiction of US laws against theft 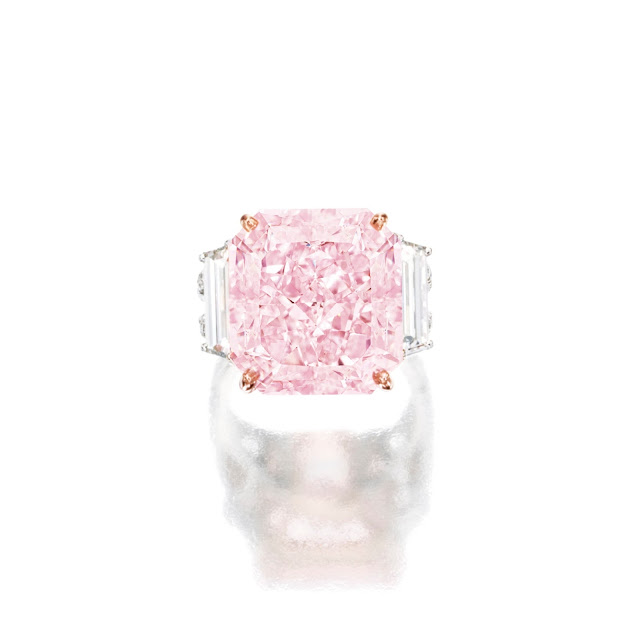 The pink diamond above (GIA report no. 2115637296) was offered for sale at auction by Sotheby's in 2011.Its size.colour, description and GIA report number match that which is described below in the US DOJ's latest 1MDB complaint:

852. On or about September 28, 2013, Schwartz met again with LOW and the wife of MALAYSIAN OFFICIAL 1 in a hotel suite in the Mandarin Time Warner in New York in order to show them the layout of the necklace that Schwartz had designed. Travel records confirm that the wife of MALAYSIAN OFFICIAL 1 was in New York City at this time. Travel records show that on September 27, 2013, LOW flew from Las Vegas to Teterboro Airport in New Jersey on his jet. Other passengers on that flight included AZIZ, TAN and McFarland.

854. Schwartz Inc. issued two invoices in connection with the purchase of the 22-CARAT PINK DIAMOND NECKLACE. The first invoice, dated July 3, 2013, was for $23,000,000 for the 22-carat diamond itself. The diamond is described in the invoice as “22.17carat Natural Fancy Intense Pink VS2 clarity (GIA#2115637296) Cut-Cornered Square Modified Brilliant Cut diamond.” The second invoice, dated July 31, 2013, was for $4,300,000 for the accompanying necklace, which was described as “ONE GRADUATE FANCY INTENSE PINK AND OVAL WHITE DIAMOND NECKLACE WITH INTERCHANGEABLE PENDANT TO RING.”

856. The invoices were ultimately paid using funds traceable to diverted 2013 bond proceeds, and more specifically, to the funds that Tanore sent to MALAYSIAN OFFICIAL 1 under the guise of investing in SRC International.

In summary, Rosmah Mansor acquired diamonds paid for with 1MDB money in the US,placing herself within the  jurisdiction of US laws against theft, a crime.
Of course, she could well say that she had no idea the funds used were from 1MDB, and that she was always under the impression that the jewellery was a gift from her husband, PM Najib Razak, aka MO1, out of that money donated by some Saudi royal.
END

Posted by Ganesh Sahathevan at 6:23 PM