Tan Sri has in fact become tandas-What Tunku tried to avoid has come to pass .......

I am sure others are aware of this story:

HOW THE TAN SRI TITLE WAS CREATED 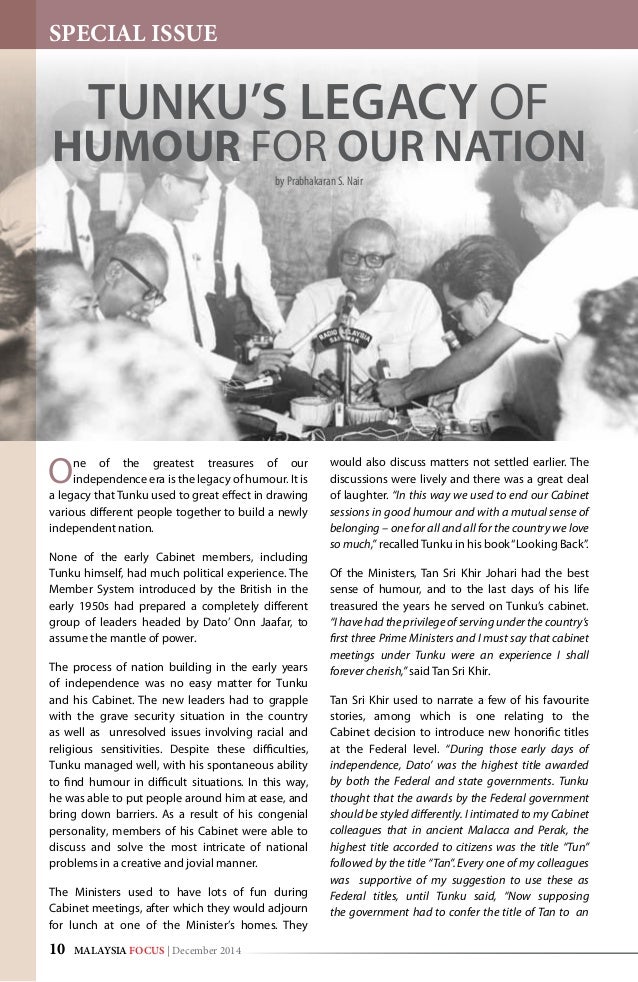 From the last paragraph above:

Tan Sri Khir used to narrate a few of his favourite stories, among which is one relating to the Cabinet decision to introduce new honorific titles at the Federal level. “During those early days of independence, Dato’ was the highest title awarded by both the Federal and state governments. Tunku thought that the awards by the Federal government should be styled differently. I intimated to my Cabinet colleagues that in ancient Malacca and Perak, the highest title accorded to citizens was the title “Tun” followed by the title “Tan”. Every one of my colleagues was supportive of my suggestion to use these as Federal titles, until Tunku said, “Now supposing the government had to confer the title of Tan to an Indian and his name is Das. What will happen? Can you imagine? Tan Das similar in pronunciation to “tandas” which in Malay means toilet] would become a laughing stock wherever he goes.” Hence it was Tunku who proposed that the title “Tan” which I had suggested be changed to “Tan Sri” instead.”

And now  it seems despite the Tunku's best efforts, the title has in fact more in common with the tandas:

........, Sultan Ibrahim Ibni Almarhum Sultan Iskandar ( has written) on his official Facebook page that he was offered RM2mil to suggest the person's name to the Chief Secretary to the Government for a "Tan Sri" title. Sources said the Sultan of Johor was “offended and insulted” by the individual.
The sources said the individual himself was obsessed with titles as “he calls himself Tan Sri Datuk Dr”.
It is understood that the MACC will investigate accusations that the individual was a “broker” for royal titles and also probe the source of his income.


The royals have only themselves to blame. See celebrity photographer Kee Tuan Chee again performing sterling service in capturing  the liefestyles of Malaysia's rich and famous,as reported by Malaysia Chronicle.