IPIC's "no predicate offence" agreement with 1MDB predicated on "fund units" Australia's ASIC could not find, in an investment fund since liquidated Singapore's Straits Times reported this morning that Malaysia and Abu Dhabi had "reached a settlement on a dispute involving billions of dollars in debt obligations of scandal-scarred 1Malaysia Development Berhad (1MDB) that is at the centre of an international money-laundering probe."
The paper also reported:
A central piece of the proposed settlement calls for Malaysia to repay Abu Dhabi US$1.2 billion (S$1.7 billion) before the end of this year. The amount represents a loan and accumulated interest charges on a bailout financial package 1MDB received from Abu Dhabi’s International Petroleum Investment Company, or Ipic, in July 2015.
The bulk of the payment on the outstanding loan amount will come from the sale of so-called “fund units” from Brazen Sky Ltd, a financial unit owned by 1MDB, to an undisclosed buyer, according to the financial executives.

Evidence for all this was provided in an earlier article on this blog, the Australian investment regulator, ASCI, found no evidence of the "units".

Australian regulators have found no evidence that 1 MDB's US$ 2 billion " Cayman units" exist.


Investigators at the Australian Securities & Investment Commission (ASIC) ,which is in the process of liquidating the manager of the funds those  "units" are supposed to represent,   have only found amounts in the ten of millions under management, and nothing near the sum 1 MDB is supposed to have invested.

That the Australian Securities & Investment Commission (ASIC) has obtained orders to liquidate Avestra, the company that is at least on paper the manager of 1 MDB's funds, has been previously reported on this blog.

It has also been reported that an affidavit in support of ASIC's liquidation and other actions against Avestra had  been sighted and the  that Bridge Global Absolute Return Fund, the fund under which 1 MDB's US$ 2 billion is supposed to be held,  is not listed among funds under Avestra's management.

ASIC has however uncovered a scheme which involved the swapping of fund units in an apparent attempt to hide the underlying assets, if not the funds themselves. 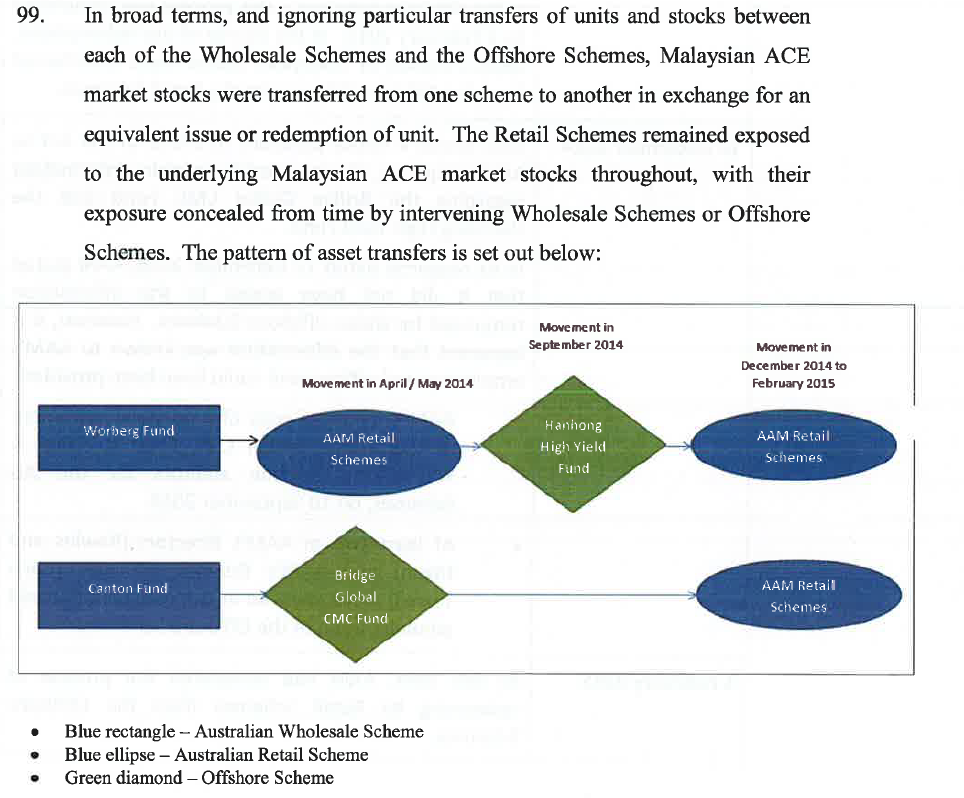 In the matter of 1 MDB the existence of any underlying assets is doubtful, as is the existence of the fund itself, at least at the relevant time.These issues have been described in the posting below.
END

UPDATE
The following has been extracted from the 1 MDB website and has been posted under their heading  Facts in relation to blog posting entitled “More Investments by 1MDB” by Tun Dr. Mahathir Mohamad :

As has been reported ,the Cayman fund was only registered and licensed on 15 November 2013.

The Cayman Islands Monetary Authority's records show that the fund in which 1 MDB invested some USD 2 billion did not exist ,or was not registered , on the date the transaction is reported to have taken place.

However, the Cayman Islands Monetary Authority's list of mutual funds shows that the only fund named " Bridge Global Absolute Return Fund SPC" was issued its license on 15 November 2013, more than a year AFTER 1 MDB is reported to have made its investment.

WIthout that license, Bridge Global Absolute Return Fund SPC would not have been able to accept funds for investment as an entity subject to the laws of the Caymans and it is doubtful if it would have otherwise existed. Even if it was in existence before that date, 1 MDB could not have dealt with it given its lack of standing.

A convenient timeline of events is provided by The Star:

1MDB redeemed part of the money amounting to US$1.22bil (RM4.03bil).
As previously reported on this blog, the purported manager of those funds, Avestra of Australia, is being liquidated by the regulator ,the Australian Securities and Investment Commission (ASIC) for breaches of the law. Howwer, ASIC has found no evidence of the existence of the Bridge Global Absolute Return Fund SPC or any of its segregated portfolios. The name does however appear in a number of Australian  Stock Exchange disclosures ,as reported here previously.
It should be noted that the Cayman records show Bridge Global Absolute Return Fund SPC  to be "Registered" but not a "Master Fund". Given that Bridge Global is said to manage a number of segregated portfolios, one would expect the latter, but this is not the case.
END