Quite apart from its automobile business, Proton Holdings Bhd has a massive land bank, including that site in Shah Alam which then  owner DRB-HICOM had planned to develop as far back as 2013,at an estimated Gross Development Value of RM 4 billion. 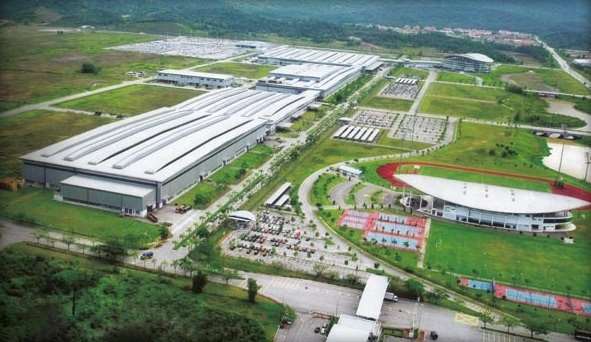 DRB-HICOM Bhd plans to redevelop Proton’s manufacturing complex in Shah Alam
into an integrated development  that will generate around RM4 billion in gross development value (GDV).

It is no mystery then that the Geely Auto share price is at an all time high, for reasons including the Proton acquisition (see Nikkei article below), Clearly, the market perceives that Geely is acquiring Proton at a discount,and that the automobile business is not necessarily the main component of the company that is to be acquired.


However, Shah Alam is considered Malay-Muslim or Bumiputera territory, where the Malay and Muslim identity is jealously guarded. Land in Shah Alam is in effect Malay reserve.
Geely, like other Chinese companies, is more likely than not to market the development to Chinese buyers exclusively so it  does appear that  the Proton land in Shah Alam will undergo a transformation into Chinese Reserve land.

People visit the stand of Geely during an automobile exhibition in Nanjing city, Jiangsu province on Oct. 2, 2016. © AP
HONG KONG -- Shares of Geely Automobile Holdings have continued to be robust on the Hong Kong stock market. On Monday morning, the stock temporarily rose 5.2% from Friday to touch 10.26 Hong Kong dollars, renewing the all-time high it hit on Friday. Geely listed on the Hong Kong Stock Exchange in October 1997.
China's CMB International Securities last week raised the target price for the Chinese automaker, which has encouraged buying from investors. Another motivation is the rumor that the automaker is considering buying a factory from Malaysian carmaker Proton Holdings.
In a report dated Feb. 2, CMB International Securities projected that Geely would sell 1.03 million cars in 2017, higher than the maker's own target of one million units. The brokerage also raised the target price of the automaker to HK$9.43.
Spurred by the robust movement of Geely stocks, shares of other Chinese automakers also strengthened during the morning session -- including Great Wall Motor, Brilliance China Automotive and Guangzhou Automobile Group.
However, Lau Siu Cheung of Prudential Brokerage expressed caution over whether China's auto industry can continue to grow, citing the slowing consumer market in the country. Lau also noted that strong rivalries could lead to price competition.