Why did Obama meet Riza Aziz, and why did the CIA not advise against that meeting, or did it?


My selfie with President Obama ! 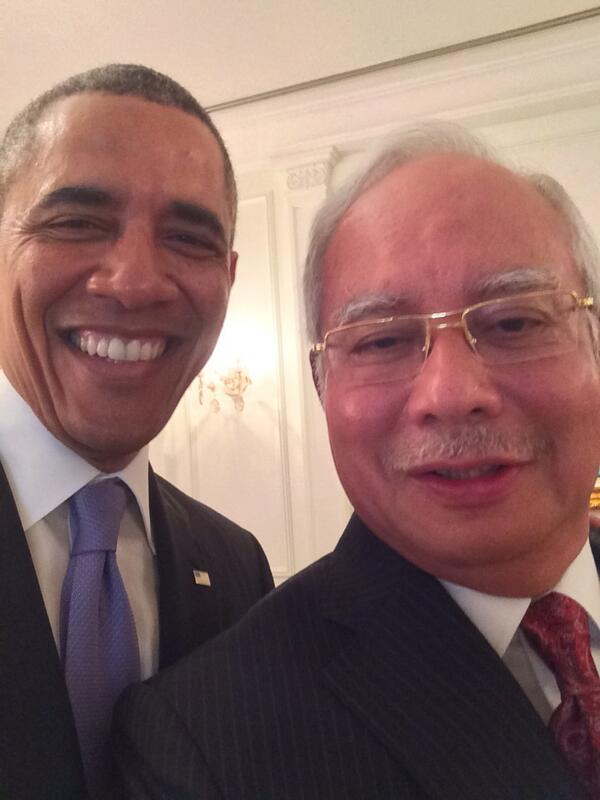 
Malaysia’s government-fund scandal, one of the world’s biggest alleged white-collar crimes, has been connected to a Hollywood studio, high-end U.S. real estate—and now, a visit to the White House.

Federal investigators are looking into whether money improperly obtained from the Malaysian fund was paid to a businessman who later arranged an Oval Office visit for relatives of the Malaysian prime minister, according to people familiar with the probe.

The businessman is Frank White Jr., an entrepreneur who helped start an investment firm called DuSable Capital Management LLC, along with partners including a rap star. Mr. White has also raised funds for President Barack Obama and Hillary Clinton.
Mr. White’s Malaysian connections were on display in December 2013 when he escorted to the Oval Office a delegation that included the son and stepson of Malaysia’s prime minister, according to visitor records. Actor Leonardo DiCaprio and director Martin Scorsese accompanied them to present to the president a copy of “The Wolf of Wall Street,” a film the stepson, Riza Aziz, co-produced.


By December 2013 Riza Aziz was already in the news,in the US and elsewhere for all the wrong reasons,including money laundering and use of state funds to finance his movie making career. Some examples of what was already in the public domain have been copied and pasted below.

A junior open source (OSINT) analyst would have picked all or any of this up with a simple Google search.One assumes of course that the CIA and other US intelligence services backgrounded these visitors to the Oval Office.If they did not,they need to explain why.

Assuming that they did, why then did they not advise against the meeting? Or did they ,but were ignored by Obama and his advisers?
END

This should have alerted the CIA to the issue:

From the Hollywood Reporter, May 2012:

Red Granite was formed by Riza Aziz — the 35-year-old son of Malaysian Prime Minster Tun Abdul Razak and among the new generation of film financiers flocking to Hollywood — and Joey McFarland, 40
THR: How much money are you backed by?
McFarland: We do not talk about that.

Aziz: I will say that I have money invested in the company. It shows that I have skin in the game and am committed from a financial point of view. We also have a group of investors, mainly from the Middle East and Asia.


A simple Internet search would have revealed Riza's Linkedin profile ,and shown  that Riza was ,  prior to becoming a Hollywood movie producer,  a UK bank officer.. That alone should have raised questions about his "skin", especially after his partner Joey McFraland insisted that they "do not talk" about their source of funds.

There was then this article from a well known celebrity blogger in Malaysia, which should have raised immediate concerns:

See, even CNN can make foolish mistakes and get their facts seriously wrong!

Isn't Riza Aziz, based on his age of only 35, the son of Datuk Seri Najib Tun Razak rather than his grandfather? Well, Riza is an investment banker who worked in London for the last 10 years and accumulated a vast fortune there
by investing in houses and properties and the stock market.
A million ringgit house ( a mere L 200,000) bought 10 years ago
can now be worth a million pounds (RM 5 million) and if you had
bought 10 such houses, you could have made a profit of
RM 40 million!

This fabulous 15-room, 7,738 sq ft condo has fantastic views from
its wraparound 1,244 sq ft balcony and is one of the most exclusive
and expensive condos not only in New York City but the world. In fact,
even if I am given this condo totally free, I still cannot afford to live in it?

Riza Aziz is also the founder owner of Red Granite, a production house
which makes him a Hollywood movie producer. Riza is a close friend of
Leonardo diCapracio and funded the RM 300 million movie
'The Wolf of Wall Street' which begun shooting in New York last August.

Riza Aziz also met Kris Aquino, sister of the President of the
Philippines and she tweeted she was surprised to learn "he is a
Hollywood producer.
Napayasosyal." Well, based on Kris's acting career, don't be
surprised if she asked to be in his next movie which may star
Daniel Radcliffe of 'Harry Potter' fame.

This 2012 article confirms and adds to stories about Riza Aziz's investment
portfolio, which seems to have come out of nowhere: 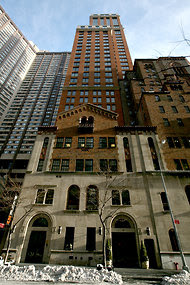 A large and lavish duplex penthouse that dominates one of the asymmetrical towers at the Park Laurel, a luxury condominium residence built in 2000 and anchored by the historic McBurney School, sold for $33.5 million and was the most expensive sale of the week, according to city records.

The penthouse, No. 29A, a sprawling 15-room combination of three units designed by the architect Alan Wanzenberg for a previous owner, occupies 7,738 square feet of interior space and has a 1,244-square-foot wraparound trophy terrace that faces south and captures both park and city views. There are seven bedrooms, five bathrooms, two powder rooms and a personal elevator entrance.

Special attention was paid to soundproofing: a 2010 listing for the apartment noted that, in addition to radiant-heated tiles in the master bath, the unit had been soundproofed by JRH Acoustical Consulting, with all pipes insulated to achieve “sound elimination.” Carrying charges are around $20,000 per month.

The Park Laurel, at 15 West 63rd Street, was designed by Beyer Blinder Belle and Costas Kondylis with an eye to the Modernist architecture at Lincoln Center nearby. Previous residents include J. Michael Evans, a Goldman Sachs vice chairman and potential successor to Lloyd C. Blankfein. His 5,000-square-foot Gwathmey Siegel-designed duplex penthouse, No. 40/41, is currently listedfor sale with Douglas Elliman Real Estate for $26.5 million. For $29.25 million, Mr. Evans, who decamped to 995 Fifth Avenue this summer, will throw in an auxiliary two-bedroom unit he owns on the 14th floor.

When No. 29A changed hands in 2010, the seller was the hedge-fund honcho Ephraim F. Gildor, the asking price was $28 million, and the Swiss buyers, Peter Edward Chadney and Simone Cecile Von Graffenried Simperl, paid $23.98 million. Agents from Douglas Elliman represented both parties in the deal. This time around, there was apparently no formal listing; both Janice Chang and Raphael De Niro, who were involved in the 2010 transaction, confirmed that they had no connection to the $33.5 million deal.

Mr. Chadney and Ms. Simperl used Park Laurel Ltd., a company based in Zurich, to identify themselves in city records, and the buyer, based in Los Angeles, acquired the penthouse under the shield of a limited-liability company, Park Laurel Acquisition.

The sale appeared in city records on Dec. 4 and a post that day on the Web site of The Real Deal identified the buyer as Riza Aziz, an investment banker and a founder of Red Granite Pictures, a fledgling film company in Beverly Hills, Calif. Mr. Aziz is a son of Tun Abdul Razak, the Malaysian prime minister from 1970 to 1976. His film company’s debut offering was “Friends With Kids”; it is currently producing “The Wolf of Wall Street,” a $100 million venture directed by Martin Scorsese, starring Leonardo DiCaprio and filming in New York City. According to The Hollywood Reporter, Mr. Aziz and Mr. DiCaprio are fast friends.
Big Ticket includes closed sales from the previous week, ending Wednesday.


Posted by Ganesh Sahathevan at 7:57 PM