When China ignored the Law Of The Sea Tribunal's decision against it, Obama issued this "sharp" rebuke to the Chinese leadership:


"Part of what I’ve tried to communicate to President Xi (Jinping) is that the United States arrives at its power, in part, by restraining itself," said Obama in a CNN interview. "You know, when we bind ourselves to a bunch of international norms and rules, it’s not because we have to, it’s because we recognize that, over the long-term, building a strong international order is in our interest. And, I think, over the long-term, it will be in China’s interests, as well."


Clearly, this had little impact on the Chinese who having tested the Obama Administration over the eight years, understood that they could do whatever they liked.This Reuters report from October 2015 was probably confirmation of what the Chinese would have concluded  as far back as 2013:

The U.S. naval challenge to China's territorial assertiveness in the South China Sea this week came after months of frustration within the Pentagon at what some defense officials saw as unnecessary delays by the White House and State Department in approving the mission.

Washington's caution also caused disquiet among some military officials in Japan and the Philippines, both U.S. security allies, feeding concerns that China's ambitions in the South China Sea would go unchecked.

The Pentagon and U.S. military officials had been ready for months to carry out patrols, but ran into "repeated stalling" from the White House and State Department, said one U.S. defense official, who requested anonymity.

Since China's land reclamation began in December 2013, it had reclaimed more than 2,900 acres (1,170 hectares) of land as of June, the Pentagon said in a recent report. China had reclaimed 17 times more land than the other claimants combined over the past 40 years, it added.

Pressure for action from U.S. allies in the region grew after China's island-building became front-page news this year following the release of high-resolution satellite images that showed the scale of the work.

The consequences of Obama's actions are easy to see, for the Chinese no longer feel the  need to conceal their actions.

This Pentagon map illustrates what China wants,or claims it needs. This is what China has managed to acquire unhindered. 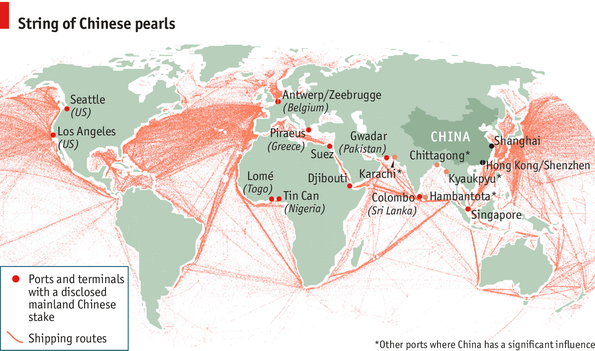 Among China's acquisitions are  the Strait of Malacca ports in Malaysia ,which are supposed to be for trade. A World Bank study commissioned by the Malaysian government in 2015  showed a new port on Malaysia's west coast is not necessary, as existing facilities have yet to reach capacity. That these port's are likely to be bases for the Chinese Navy and other armed forces seems likely. China has also gained access to Kota Kinabalu, a crucial dock in Sabah close to the disputed Spratly Islands, where Beijing's construction activities have been a source of diplomatic strife in the region.

That Kota Kinabalu Port is also the proposed site for Malaysia 's Sepanngar  Submarine Hangar  seems not to have bothered anyone, except maybe the Filipinos. 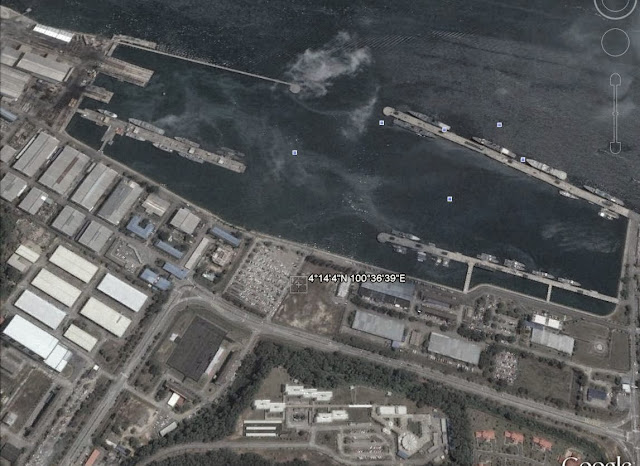 And then came this feat, aptly titled "Rising From The Shallows" by the South China Morning Post, which the Chinese managed to pull-off without being really bothered by the Obama administration: Quite an achievement, given American supremacy in the region for more than 70 years,a supremacy well accepted by all littoral states.That stability is now gone and that is Obama's legacy.
END

Posted by Ganesh Sahathevan at 4:49 AM