In selling the Shortfin Barracuda Block 1A  submarine , DCNS said: 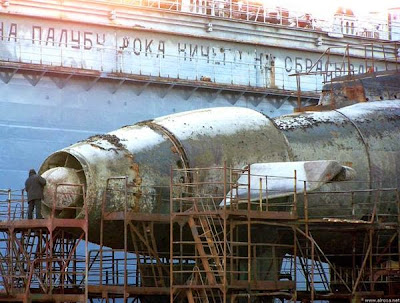 The Indian NAvy has a number of Kilo class submarines ,most of which have been built if not upgraded in India.In January this year India's largest engineering company Larsen & Toubro announced that it will be partnering with Russian companies to re-fit India's Kilo Class submarine fleet.

The Indian Navy's Scorpene contract with DCNS , which involves  the construction of six Scorpenes in India using Indian expertise, skills and matreial , needs to be seen in the context of  India's naval and engineering establishment's  ever growing knowledge of the Russian Kilo class submarines. In addition, the Indian Scorpene contract includes a contemporary technology provision, which requires DCNS to ensure that the technology provided is the latest available at time of  construction, not time of contract signing. Furthermore  the Indian Scorpene contract also provides that any new technology developed in the process of designing and building the Scorpenes remains the property of the Government Of India.

Taken together, India's  Russian and DCNS contracts are  more likely than not to have led to some consideration as to whether pump jet propulsion , common to the Russian Kilo class diesel electrics and the proposed DCNS Barracuda A1,as well as Russian and DCNS nuclear variants, is suitable for the Indian Scorpenes. If the technology is as good as Malcolm Turnbull says it is, the Indians are likely to have made provision for it in their own now leaked plans. Even if the plans do not specifically mention pump jet propulsion it may well be the case that the Indian Scorpenes are designed to accomodate a pump jet propulsion system.
For that reason alone the technology cannot be considered "state of the art" or  "Top Secret". The leaked plans are, really, the final nail in the coffin of that albeit very expensive lie.
END Off lately, the complex field of underwater warfare has seen a leading player in the form of Larsen and Toubro. The engineering giant is now ready to get a major share in a Rs 5,000-crore deal with Russia; the deal would be done to upgrade and refit Kilo class submarines, originally belonging to Russia.

L&T, which is already a leading partner for the nuclear submarine project of the Indian Navy, has now been chosen as the Indian partner for the Kilo class refit. The program is meant to increase the life of these submarines by 10 years each, which would be done using some complex engineering.

As per ET sources, the Indian government received a letter from Russia, stating that the earlier partnership plan that it had with the Pipavav (promoted by Anil Ambani) now stands cancelled. The reason behind this cancellation was the delay that would have happened at the end of the shipyard in meeting timelines set by the Navy for the upgrade plan.

L&T is expected to upgrade at least three submarines in India after this deal, making the yard a leading contender to receive similar orders from other neighbouring nations that operate Kilo class submarines.

"A survey of the equipment profile and finances was conducted at the Cochin Shipyard, Pipavav and the L&T yard at Kattupalli. Only the L&T facility was found technically capable of carrying out the work in the given timeframe," an official involved in the process told ET.

The first of the four Kilo class subs will be going to the Russian Zvezdochka shipyard where they would be inspected and refitted, while the remaining three would be handled at the Kattupalli yard.

These refits will be extending the life of the subs while also upgrading their combat potential.


* Mazagon Dock Limited (MDL) is producing six SSK Scorpene submarines (P75) under transfer of technology (ToT) from DCNS. Simultaneously, DCNS India, DCNS Group’s subsidiary based in Mumbai, is working at the selection and qualification of Indian companies as partners for local production of the Scorpenes’ equipments. The first Scorpene submarine is to be launched at the end of 2013 and commissioned in 2015. The last Scorpene is expected to be commissioned in 2018.